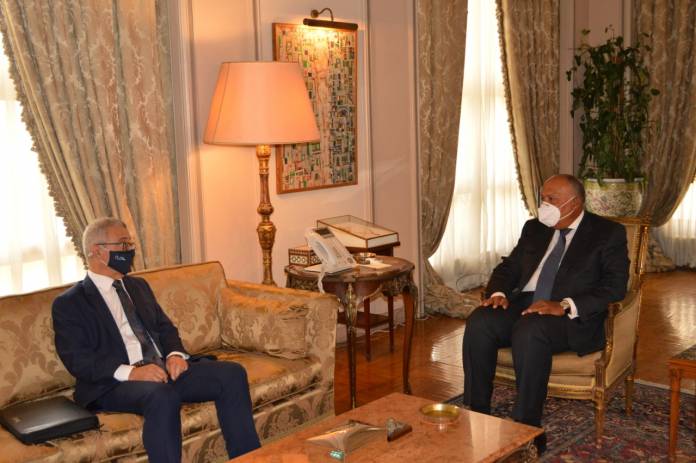 Malta and Egypt have agreed on the resumption of direct flights between the two nations in the wake of the Covid-19 pandemic, according to the Egyptian Foreign Affairs Ministry.

No reference to this agreement was made by the Maltese government in the wake of talks held by Foreign Minister Evarist Bartolo and his Egyptian counterpart Sameh Shoukry in Cairo, in the statement routinely issued after diplomatic talks.

But in its own statement, the Egyptian Foreign Affairs Ministry confirmed that two sides “agreed on the importance of resuming direct flights between the two countries.”

The two sides also agreed on enhancing cooperation in tourism after containing the spread of Covid-19, taking note of the precautionary measures Egypt – which is highly reliant on its tourism industry – has taken in its various tourist destinations.

A commitment to closer ties

Bartolo described the visit as a “display of our commitment to strengthen ties between the two countries in the fields of commerce, investment and culture.”

Inevitably, the two ministers discussed the situation in their mutual neighbour Libya, with both sides welcoming the ceasefire announced between the two main warring factions, the Tripoli-based Government of National Accord and the Tobruk-based House of Representatives, backed by Marshal Khalifa Haftar’s Libyan National Army.

Egypt has backed the latter, while Malta – though maintaining its neutrality – recognises the former as the legitimate government of Libya.

During talks, Shoukry emphasised the need to cease the flow of “arms, terrorists and foreign fighters” to Libya, in what appears to be a reference to Turkey’s ongoing support for the GNA. Bartolo, meanwhile, said that it was now time for the international community to come together and help Libya reach a lasting peace.

Related to Libya is the issue of immigration, on which the two sides were largely aligned in calling for a more comprehensive approach. Bartolo insisted the EU should provide more assistance to Libya, while Shoukry said that there was the the need for shared responsibility between countries to the north and south of the Mediterranean, as well as the EU.