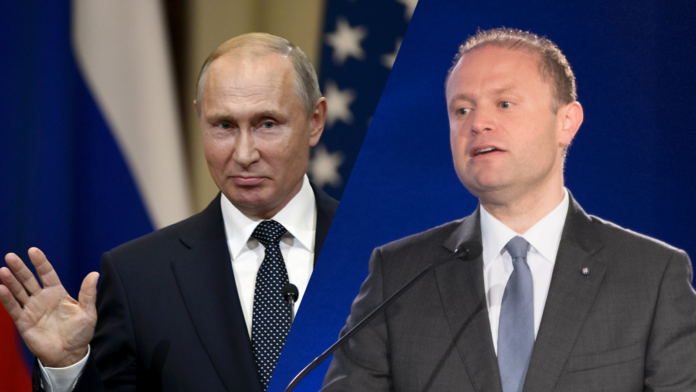 The Police failed to reply to questions sent in by this newsroom asking whether the Russian connection was explored in the magisterial inquiry into the third offshore Panamanian company Egrant. Prime Minister Joseph Muscat had claimed ‘Russian’ involvement during a pre-election press conference.

The Prime Minister then had said that a report which appeared on Intelligence Online website claiming that the Egrant story was connected to the Russian secret services was true saying that Malta had received such information from intelligence agencies. The report had claimed that the Russian whistleblower had fabricated the story after Malta refused to refuel Russian vessels on their way to Syria.

On the day Muscat had said that he did not have any evidence in hand which linked the whistleblower to the secret services.

The Russian Embassy in Malta had refuted the claims.

Were the Prime Minister’s claims investigated?

Newsbook.com.mt followed up on the story after the main conclusions of the report were published. Questions were sent to the Police inquiring whether the claims made by the Prime Minister were investigated or given any credibility.

On 10 August the Police were asked the following questions:

The Police have as yet not given any reply.

Questions for the PM and the AG

A full copy of the Egrant Report is also in the hands of the Prime Minister and the Attorney General whilst the rest of the maltese population was only made party to 3% of the document.

Newsbook.com.mt has now also sent a set of questions to the Prime Minister and the Attorney General asking about whether the serious allegations posed by the Prime Minister towards Russia have been investigated by Magistrate Bugeja.