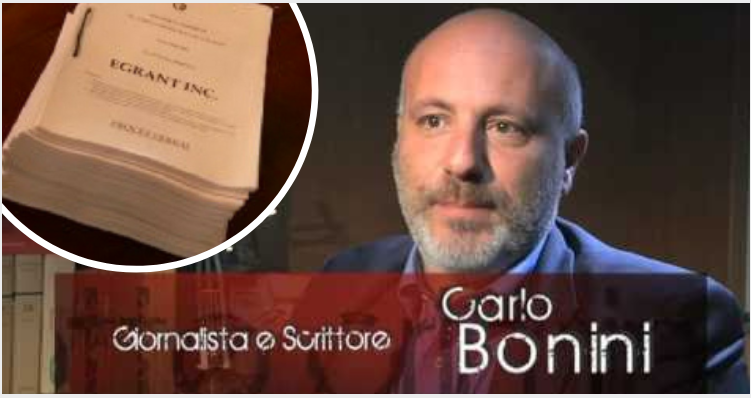 “I am interested in reading the full report of the inquiry to understand how the Magistrate has drawn his conclusions. I’m interested to know how the forensic company was chosen.” These were some of the comments made by Carlo Bonini, the editor of the Italian newspaper with the largest circulation, La Repubblica and one of the journalists in The Daphne Project made during an interview with Newsbook.com.mt.

This prominent editor remarked that the inquiry did not find any links between the Panamian company, Egrant Inc., and the Prime Minister and his wife. This set the scene to make it seem like this inquiry covered all pending issues of corruption. He argued that this was not the case and there was still much room for investigative journalism.

Bonini referred to the press conference given by the Prime Minister on Sunday 22 July, when in his opinion, the  Muscat was delivering a speech to the nation rather than a press conference. He reiterated that the format used, further contributed to the narrative that now everything has been sorted. He remarked that as journalist he felt uncomfortable with the way the main conclusions were announced.

During the press conference held at Castille, Muscat had called on the former Opposition and Nationalist Party Leader to resign. The call was at the time echoed by the current Opposition and Nationalist Party Leader Adrian Delia in a press conference which had taken place a few hours later. Delia had welcomed the main conclusions however he had asked Busuttil to suspend himself from the Nationalist Parliamentary Group. When Busuttil resisted this request by his leader, a tug of war ensued in which Busuttil kept his seat in the parliamentary group but was stripped off his spokesmanship on good governance.

Bonini described this episode where a call made by the Prime Minister was echoed by the Opposition Leader as little short of a ban from public life.

Turning to the  “mysterious flight” that left Malta to the Azeri Capital Baku onto Dubai, Bonini commented that the inquiring Magistrate decided that the flight was not mysterious on the basis of what was termed as an explanatory email sent 4 months after the flight took place.

This ‘mysterious flight’ had taken place a few hours after the assassinated journalist Daphne Caruana Galizia had written and alleged that Egrant Inc. belongs to Michelle Muscat. On that night too, Pilatus Bank owner and Director Ali Sadr Hasheminejad, along with his Risk Manager, was caught on camera leaving the building at night, carrying two suitcases with him.

Bonini pointed out that despite the fact that the email was sent four months later from when the said flight had taken place, the Magistrate however concluded that there was nothing mysterious about the flight.

Together with three other journalists Giuliano Foschini, Emilio Fabio Torsello and Diana Ligorio, Bonini wrote the documentary about the assassination of the investigative journalist Daphne Caruana Galizia. The film features interviews with the Nationalist and Head of Delegation MEP David Casa, the whistleblower Maria Efimova and journalists Caroline Muscat and Manuel Delia. The film was premiered in Malta for the first time about four months ago.