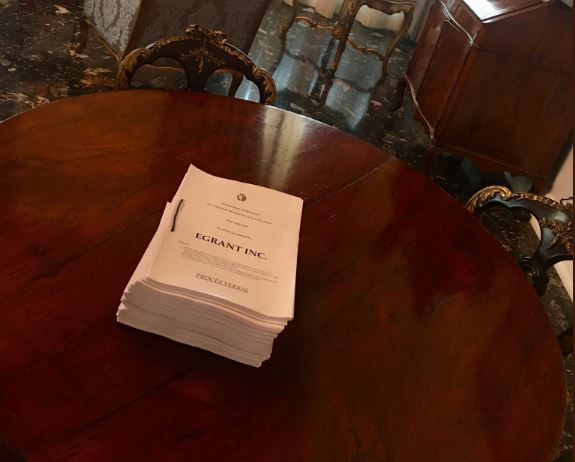 Jonathan Ferris and Maria Efimova have been charged with perjury following a request for their investigation in the report of the Egrant Inquiry two years ago. But the case had to be referred back to the Court Registrar as Magistrate Joe Mifsud abstained from hearing the case.

Efimova could not be traced to be notified about the case.

In the meantime, former Prime Minister Joseph Muscat showed his satisfaction at this development adding that Dr Paul Lia will be representing him and his wife as the lawyer parte civile.

Magistrate Mifsud said he was recusing himself as he is still presiding a case in which Efimova is accused of making false accusations against Superintendent Denis Theuma and inspectors Jonathan Ferris and Lara Butters.

The inquiry was prompted by Muscat who was Prime Minister at that time. Daphne Caruana Galizia had published a post stating that according to her sources the Panama company Egrant belonged to Michelle Muscat. Efimova was considered as the whistleblower of that information.

Efimova when employed at Pilatus Bank claimed that she had seen documents stating that Egrant belonged to Michelle Muscat.

The inquiry led by Magistrate Bugeja did not find any evidence linking Egrant to Michelle Muscat.

Jonathan Ferris, a former police inspector and former FIAU manager, had told the inquiring magistrate that there was a $600,000 transaction from an Azeri politically exposed person to Buttardi, a company owned by a close friend of Michelle Muscat. The forensic experts engaged by the inquiry could not find any trace of this transaction.