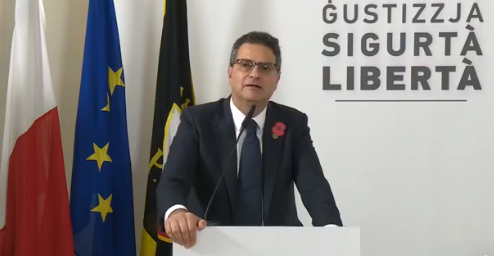 The Leader of the Nationalist Party (PN) Adrian Delia asked the Attorney General (AG) to give him a full copy of the inquiry concluded by Magistrate Aaron Bugeja about Egrant.

In a press release, the PN said that the AG gave a full copy to the Prime Minister Joseph Muscat as he was the one who asked for the inquiry to be made.

The PN said that since it doesn’t have a copy, this situation creates a political imbalance in favour of the Government, who is taking advantage of it and putting the Opposition at a disadvantage.

An embarrassing inquiry for the PN – PL

Reacting to the PN’s press release, the Labour Party (PL) points out that the PM said he wants the inquiry published in full.

According  to the PL, Delia must understand that the allegations made about the Muscat family are not political games, and that the PM suffered a political imbalance due to a lie for the past year and a half.

You can read the entire letter Delia sent to the AG here: Delia’s letter to the AG