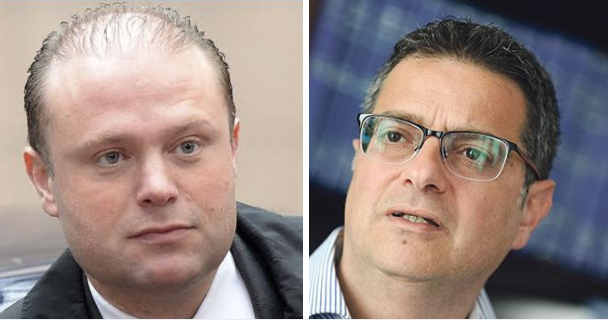 During an interview on their respective party’s radio station, the leaders had different takes on analysing the results of the Egrant inquiry.

The  Prime Minister and Labour Party leader Joseph Muscat said that the Egrant inquest’s main conclusion  is that the document was falsified. He said that even though he is bound to publish the inquest document there is also the need to  allow the Police to do their job and find the whole truth. The Opposition and Nationalist party leader Adrian Delia said that as the Leader of the Opposition he has a right to receive the full Egrant report, and that the  Attorney General is creating a political imbalance when he is not allowing the Partit Nazzjonalista to the same access as he allowed the Government, and how the Government is systematically abusing or ignoring the system to ultimately gain overall control.

Muscat on MaterDei and SVPR

The Prime Minister also explained how there is now a solution for the Mater Dei employees parking and how the Gozo hospital will be at a par with Mater Dei thanks also to the investments from foreign entities . Muscat also fervently told  parents to encourage their  children to keep furthering their education to be able to earn better salaries.

Delia also commented on the mess of the St. Vincent de Paule’s tender and the Health Centre building  in Raħal Ġdid, the uncertain faith of the promised free school transport on the eve of a new scholastic year and the constant increase in the cost of living which is effecting negatively   10% of the population that are not earning enough to pay their rent or their bank loans.

Read the full Newsbook.com.mt coverage of both interviews on:

Adrian Delia says “Attorney General is denying us of a democratic balance”.