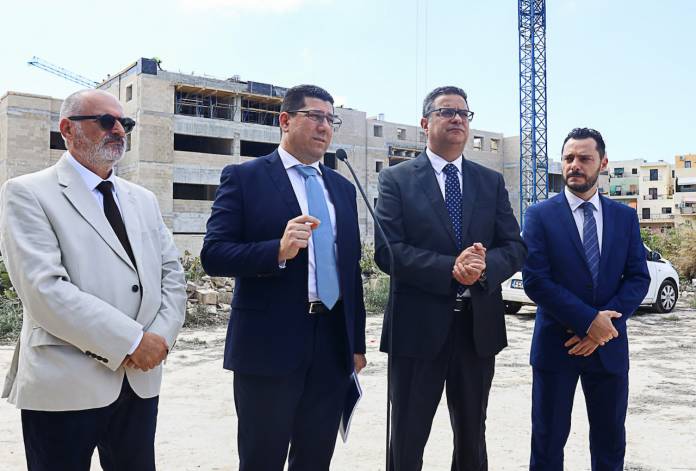 “In a country where the only resource is the human resource, education is the most valuable investment,” said Partit Nazzjonalista (PN) Party leader Adrian Delia during a press conference wherein the Party explained its’ Pre-budget document proposals on education.

Delia explained that successive governments in Malta understood this and invested heavily in providing free education. Sadly, the same cannot be said of the present administration which is treating education as an after-thought, he added.

However, the biggest threat facing education in Malta, the PN Leader stated, is that the country is not producing enough teachers. He believes that teachers are feeling demotivated with more than half the teachers saying that they will leave the profession if an opportunity came along.

“Our children returned to classrooms smelling of mould and some will start their scholastic year learning in mobile classrooms due to lack of planning by this Government”. Education is clearly one of the victims of the present Government’s economic models.

“A strong linkage between the education system and the employment market”

The Party Leader insisted that Malta needs to return to a situation wherein there is a strong linkage between the education system and the employment market, as this is not happening today. Delia remarked that the cream of the jobs created by our economy today are going to foreign workers, “a fact acknowledged by Minister Evarist Bartolo himself.”

During the same press conference, Clyde Puli, the PN General Secretary and spokesperson on education gave a detailed account of the PN’s proposal for the 2020 budget which includes a proposal that Government dedicates more resources to education research, as long-term planning is required in designing and developing education systems which meet the varying needs of our evolving society.

Another proposal sees that more efforts are carried out to develop our students’ abilities and skills that will enable them to grow and succeed in a highly competitive, IT-enabled, media-saturated world.

Monique Agius   February 20, 2020
An expert that contacted Newsbook.com.mt said that this is a “double whammy as diesel costs more and pollutes more”.

Young people are the core of fight for life

Mario Schiavone   February 23, 2020
The young people are at the core of the fight for life because they will bear the impact of “anti-life” policies, a Catholic bishop...