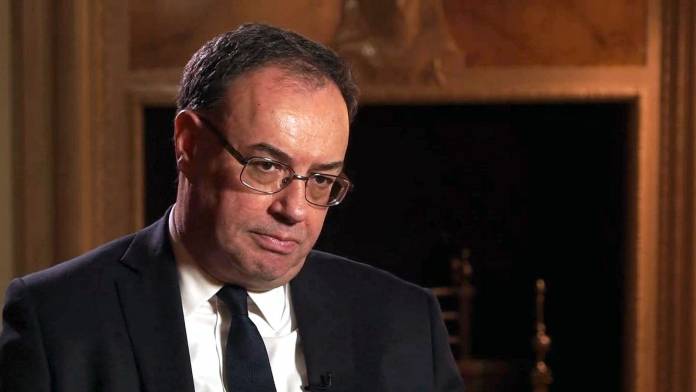 The seemingly relentless march of the coronavirus pandemic through the European continent is morbidly awesome. To history buffs, it harkens the Black Death of 1350 and the outbreak of the Spanish flu in 1917. The effects of the latter, bang in the middle of the First World War, were much more muted. In the small world of the Middle Ages, the deadly swoop of the bubonic plague created a number of social, economic and religious upheavals which had profound effects on the course of European history.

Also fostered by dubious hygiene, though not of Middle Age proportions, the coronavirus COVID-19 represents an unprecedented economic “emergency” set to shake the economic foundations of governments down to the core.

“The Bank of England’s not done.”

In an interview with Sky News, Andrew Bailey, who took over from Mark Carney as Governor of the Bank of England at the beginning of this week, said “nothing is off the table” and hinted that there could still be radical monetary moves yet to come, insisting: “The Bank of England’s not done.”

Despite the scale of the package announced by Chancellor Rishi Sunak – and analogous schemes from the US, France, Spain and other nations – markets were in freefall again with European indexes dropping to new post-crisis lows.

“It’s going to be a very big downturn”

Andrew Bailey said: “It’s obviously an emergency, it’s a very serious situation. I think we’re living in completely unparalleled times in terms of what’s happened in the last week – the closing of borders, the reduction of internal movement, the measures that preventing people from going about their daily lives, with good reason”.

The Governor of the Bank of England warned: “It’s going to be a very big downturn – we know that.” Echoing the words of Mario Draghi in 2012 and the Chancellor of the Exchequer Rishi Sunak last night, Bailey said: “We will do what it takes to meet the needs of the economy and the needs of the people of this country. Everything is on the table that is reasonable, within the policy toolset”.

Meanwhile, Scope Ratings published the views of its head of Public Finance Giacomo Barisone and a director in Public Finance Dennis Shen. Both agreed that Governments are right to increase healthcare and welfare spending and support households and businesses to complement the latest central bank moves in the face of the economic and financial shock of the Covid-19 pandemic.

Barisone said that the impact on public finances will be very significant and raises risks especially for countries already experiencing low growth or those with elevated debt ratios, external vulnerabilities and/or financial system fragilities. Countries whose sovereign ratings might be more likely to be affected include China (A+/Negative), Japan (A+/Stable), Italy (BBB+/Stable) and Turkey (BB-/Negative).

Shenn added that if travel bans, self-isolation and social distancing measures are not executed effectively, however, and/or if the virus’ ease of transmission shows less seasonality, there are additional risks to the global economy in H2 2020. Policymakers might moreover not be better prepared should the pandemic see another wave come the next winter for the northern hemisphere. We may have to learn to co-exist with Covid-19 for some time yet.

U.N. warns economic downturn could kill hundreds of thousands of children in 2020