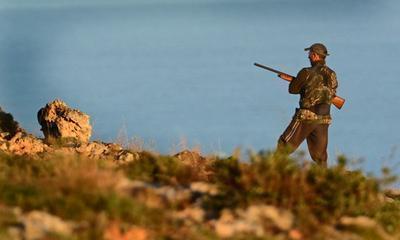 The European Commission has just announced it will be taking action against Malta and the Maltese Government on hunting and trapping, announced Birdlife Malta.

In a statement, the Maltese Government said it has taken note of the two Letters of Formal Notice sent by the European Commission regarding the research derogation to allow the trapping of finches in Malta and the enforcement of the general system of protection of wild birds and of derogations to allow trapping and hunting of wild birds in Malta.

The government said that whilst noting that replies will be provided within the stipulated timeframe, the Government remains committed to defend the interests and protect the rights of Maltese and Gozitan hunters and trappers, as these rights are protected in various other European Member States.

The Government is convinced that the derogations applied are in conformity with the European Union’s Birds Directive and it is to be noted that a higher system of enforcement is applied locally beyond that demanded by the European Commission itself.

With regard to the trapping of Golden Plover and Song Thrush, the Maltese government said it recalls that it was the European Commission itself that requested amendments to the national legal framework in order to conform with the decision of the Court of Justice of the European Union on the trapping of songbirds.

The Government also recalls that it was the Court of Justice itself that declared, in 2009, that in the case of Malta, there is no other solution to the hunting of pigeons and quail in Malta.

The Maltese Government also stated that it remains committed to continuing discussing the matter with the European Commission in order to clarify the various divergences, whilst ensuring that the traditional hobby of hunters and trappers remains protected with full respect to the legislation in place and not accepting any abuse.

BirdLife calls on government to heed the EU’s warnings

In a press conference on Thursday, BirdLife Malta called on the government to heed to the European Union’s warnings and suspend the derogation after it received two Letters of Formal Notice from the commission.

BirdLife Malta insisted that the fact that the action by the European Commission on the new finch trapping derogation comes only a few weeks after the commencement of the season, showed that the EU is “sceptical” about this so-called “scientific study” and that this proved the NGO right in its earlier statements.

“The Commission also called on Malta to correctly apply the Birds Directive which requires a general system of protection for wild birds and allows derogations only subject to strict conditions. The press release states that the European Green Deal and the European Biodiversity Strategy indicate that it is crucial for the EU to halt biodiversity loss by protecting and restoring biodiversity,” BirdLife said.

The NGO said that the commission explained in detail saying that Malta fell short when authorizing derogations for the spring hunting of quail and the derogations for autumn live-capturing song thrush and golden plover. It quoted the commission saying that: “These derogations fall short systematically of the requirements set out in the legislation, related in particular to poor supervision of the conditions set out in the derogations, which results in other species than those targeted being affected. Relying on insufficient or inaccurate information about the populations of wild birds and the available alternatives, Malta also failed to fulfil the basic conditions for granting such derogations.”

The commission also took into account that the high number of wild birds illegally shot in Malta constitute a major and systemic failure to establish a general system of protection as required by Article 5 of the Birds Directive.

“Separately, Malta has also recently authorised finch trapping for research purposes, having authorised finch trapping for recreational purposes for several years, an action which was found to be non-compliant with the Birds Directive by the Court of Justice of the EU. In particular, the Commission considers that the new derogation scheme adopted in October 2020 authorising the trapping of finches for research purposes circumvents the judgment of the Court of Justice of the EU, by permitting trapping of finches in similar conditions as before this ruling, even if under a different regime.”