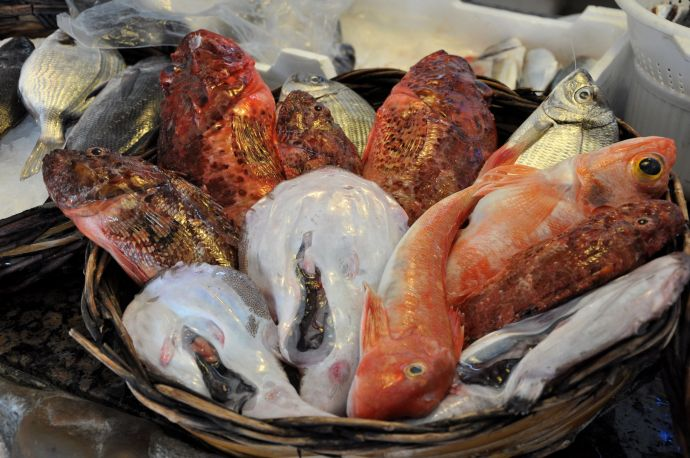 If ever there was a land with whom food and drink are synonymous, Italy is surely that country. Its rich and varied cuisine, ranging from rich dishes using maize, beef and butter in Lombardy, to light seafood specialities on the coast, to the saffron and other spices that signal Arab influences in Sicily.

For those who prefer to ‘do’ while on holiday, rather than just ‘see’, the 21 Italian provinces offer much by way of experience. Wine and cookery courses are particularly popular and these, punctured with the occasional sightseeing will provide a truly all-round hedonistic experience.  This can be as long or as brief as one’s timetable allows, and the gastronomic experience may range from helping out in preparing a dish to a full-blown cuisine course. This may range from anything from a long weekend to ten days.

Here’s what to look for:

It’s cheesy in Lombardy…well yes, but in a good way. Dotted with picturesque lakes and hills, northern Italy is regarded as a paradise for cheese lovers, and Lombardy is the birthplace of such famous cheeses as firm Gran Padano, blue-veined Gorgonzola, soft, ripe Taleggio, tangy Provolone, and creamy Robiola. This is a region which is quite alpine in climate and the rain permits the cultivation of rice, the famous arborio which gives the creamy, dreamy, luscious risottos. Combined with seafood or ossobuco…what’s not to love?

Emilia-Romagna is where you learn to love your pasta. The region, part of the Pianura Padana as is Lombardy,  is known for its tortellini, it’s balsamic vinegar is heavenly, and its hams are unsurpassed worldwide. Parma Ham, a major ingredient of the super-eggy tortellini of the region, paired off with the rich Parmigiano Reggiano, so flaky and full of flavour that in Italy it is known as ‘Il Re dei Formaggi’

In Tuscany they like it bloody. The Bistecca alla Fiorentina, that is. This is where, for the foodies, they get to write an Ode to the beefsteak. Let’s face it, if you want a taste of heaven, the Bistecca is the nearest thing there is and, outside of Tuscany, however well cooked, it will never be the same. Quality meat is of paramount importance as well as a love for the actual cooking process. Tuscany is also the birthplace of the Renaissance with families like the Medici whose name reverberates through the centuries. It also produces some of Italy’s finest olive oils, sheep’s milk cheeses, and meat dishes. Bread, baked in giant, salt-free loaves, is king in this region, and locals incorporate it into numerous salads and soups.

The further south one goes, the drier the climate becomes and hence the increasing reliance on wheat.  The region of Lazio, whose capital is Rome, is famous for fresh and dried pastas, artichokes and zucchini, and meltingly tender porchetta (whole roast pig). In this ancient region, you can nibble on artichokes cooked in garlic and herb oil before losing yourself in a plate of bucatini all’ amatriciana or spaghetti carbonara.

The birth place of the Pizza, the qui 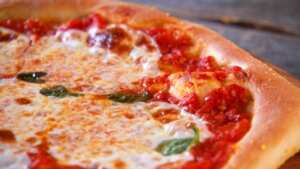 ntessential Italian food, is Naples, the heart of the Campania. This edible treasure, to my mind, takes me back to the medieval trencher, that bread-base which used to serve as a container for different servings. The creativity of the cook only is the limit to the ingredients of the pizza but the mozzarella di bufala topping and the completion of the meal with a limoncello, can really make a normal evening become splendid. Queen Margherita di Savoia, so loved this dish, that the Pizza Margherita with the red of the tomato paste, the white of the mozzarella and the green of the oregano, the colours of the Italian flag, was named after her.

Last stop, the largest island in the Mediterranean, Sicily. This region is home to Mount Etna and, therefore, rich volcanic soil, which produces an abundance of lemons, blood oranges, almonds, olives, and other fruit. Meat, including lamb, pork, veal, and rabbit, is common in central Sicily, where locals claim they invented the meatball, called polpetti. Pasta is usually topped with heady, spicy tomato sauce.

Next stop: fruit of the vine.