The European Asylum Support Office (EASO) is gradually resuming elements of its operations of support activities to the asylum authorities in Cyprus, Greece, Italy and Malta which were suspended due to COVID-19.

Commenting on the efforts being made by national authorities despite the challenging circumstances, the Executive Director of EASO, Nina Gregori, said in s statement issued on Wednesday that the asylum authorities of the four Member States in which they operate are cooperation with EASO’s teams to find practical and safe methods to resume activities.

Nina Gregori also said that she welcomes the recent decision of the Maltese authorities to establish the International Protection Agency, which will further strengthen the effectiveness of the Maltese asylum system. 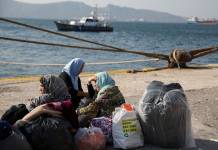 Following the suspension of certain activities, such as interviews and registrations, EASO re-assigned personnel to those which could continue remotely, such as casework, backlog management and file preparation. In cooperation with national authorities, the Agency adapted its operations in order to ensure the safety of asylum seekers, as well as its personnel.

EASO operational premises have been modified in order to ensure physical distance rules, regular sanitisation while adopting procedures for the use of Personal Protective Equipment (PPE).

Despite suspending some activities over the past two months, EASO continued to implement all possible elements of its operations through the use of remote arrangements including the ongoing facilitation of the relocation of 1,600 unaccompanied minors from Greece and the relocation of ad hoc disembarkations in the Central Mediterranean. 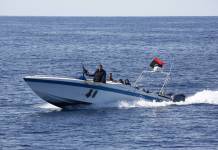