The European Asylum Support Office (EASO) said that despite challenges posed by COVID-19 in 2020,  it has dramatically up-scaled its operational presence and increased support to Cyprus, Greece, Italy and Malta, in some cases by between twice and three times 2019 levels.

In a statement issued by EASO, the EU organisation said that it currently has 1 600 personnel deployed operationally providing support to the respective asylum and reception authorities, of which 85 are based in Malta.

This includes carrying out over 12 400 asylum interviews which is an increase of 74 % over the previous year and the drafting of close to 12 000 recommendations for decision by the national authorities. This is almost double when compared to 2019.

Over 3500 individuals that disembarked ad hoc in Italy and Malta have been relocated so far in 2020. EASO played an important role in facilitating the negotiations with the other EU member states.

EASO together with all four Member States are working on what the office described as an ambitious Operating Plan for 2021. The aim, said EASO, is to continue providing concrete support to the respective asylum and reception systems. EASO is also looking forward, to the German presidency proposal on the establishment of the European Union Agency for Asylum (EUAA). 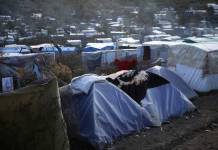 Head of Church of Greece tests positive for Covid-19