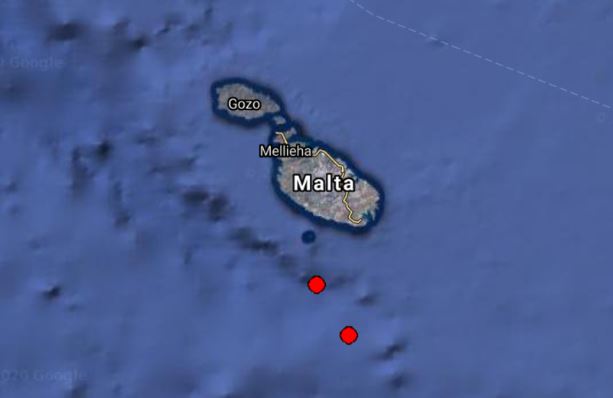 An earthquake off the coast of Malta was felt in several locations around the Maltese Islands at the early hours of Wednesday.

The earthquake, which was recorded in the Central Mediterranean Sea and measured 4.5 on the Richter Scale, struck at 3.01 am (Malta time).

According to the Seismic Monitoring and Research Group at the University of Malta, another earthquake was registered on Tuesday evening around 20 kilometres to the South of Malta. This earthquake had a magnitude of 3.3.

The Civil Protection Department also confirmed the news and said that it has not been informed of any damages caused by the earthquake.

This was the 2nd earthquake in a span of a few hours. According to the Seismic Monitoring and Research Group, an earthquake struck very close to the south of Malta at 8:23pm local time, with a magnitude of 3.3.

Did the tremor wake you up?