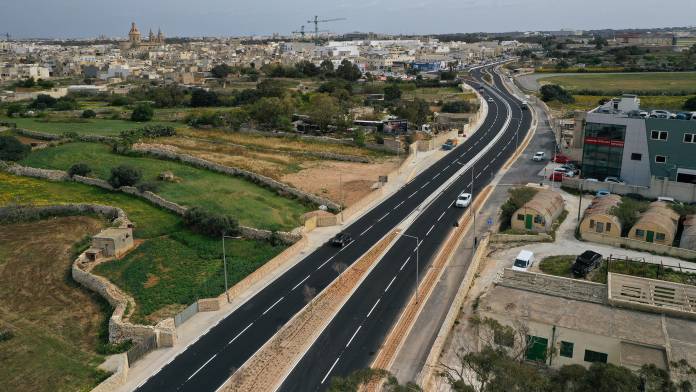 In a statement issued by Infrastructure Malta it was explained how two-lane, single carriageway roads was transformed into a dual-carriageway, four-lane connection with a cycling and walking track, footpaths, safer bus lay-bys, improved roundabout junctions and newly landscaped areas with 84 new trees.

Infrastructure Malta said that the two roads form part of one of the most important south-central connections to and from several localities in southern Malta, including Luqa, Gudja, Ghaxaq, Kirkop, Safi, Mqabba, Zurrieq, Qrendi and Birzebbuga.

They are also one of the main access routes to the Malta International Airport.

The investment included a new 1.7-kilometre stormwater pipeline and a new 819,000-litre underground reservoir to reduce flooding risks and to harvest rainwater.

Infrastructure Malta said that this project will help to ease the dependency on the principal south-central route of the Maltese road network through Santa Venera, Marsa, Paola and Santa Lucija.