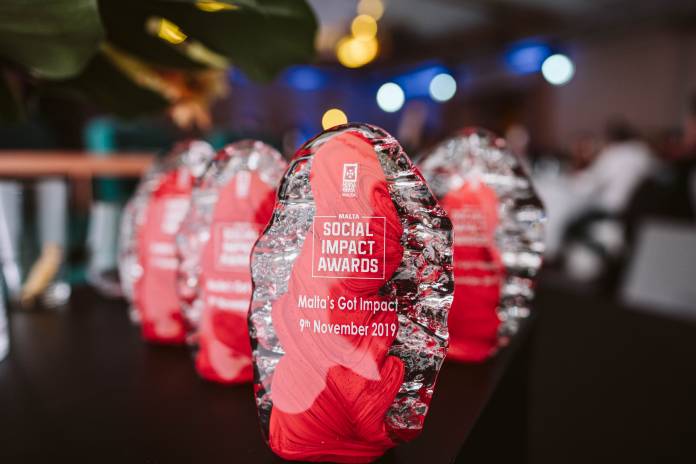 FAIE, an initiative by Professor Alexiei Dingli, won €50,000, while The Wellness Pod, by the Karl Vella Foundation, won €20,000. Both initiatives were also awarded pro bono mentoring and advisory services with some of Malta’s leading businesses. One hundred per cent of MSIA 2019 ticket sales, amounting to €13,500, also went towards the Wellness Pod, which was voted for by the audience through the Audience Award.

FAIE, Fair Artificial Intelligence Educator system, is a web application which is accessible on any device, aimed at optimising the learning of students by giving them personalised education through a simple online interface, which is easily understandable by everyone.

“MSIA was an incredible opportunity to develop my idea further and to test its feasibility. The idea behind FAIE came about when I was helping my own kids with their homework. I wondered what other kids go through if they have no one to help them. Thanks to MSIA, I can now help those children as well. For this, I am incredibly grateful,” said Prof. Dingli.

The Karl Vella Foundation aims to promote the well-being of children in families dealing with serious illness, grief and loss. The Wellness Pod initiative intends to sustain its assistance to these children by offering structured, professional psycho-education programmes.

“We are honoured, proud and humbled to be one of the winners of the Malta Social Impact Award 2019 and also for winning the Audience Award. These awards will enable us to improve the quality of our services and to reach out to more families in need,” Claire Chircop, Co-Founder and Chairperson of The Karl Vella Foundation.

Launched by the Gasan Foundation and Inspirasia Foundation in 2016, the Malta Social Impact Awards aims to create opportunities for changemakers, while inspiring others to give and to give well. By bringing business and philanthropy together, MSIA supports local initiatives that have a positive social impact on Malta and helps social purpose organisations grow into stronger entities. This year, the Malta Social Impact Awards was preceded by the first-ever Malta Social Impact Fair in the afternoon, in which over 50 changemakers exhibited to the general public and to over 190 businesses and philanthropists that were attending the Awards event later that evening.

The aim of the fair was to give voluntary organisations and social initiatives the chance to get exposure and support. The general public was given the opportunity to vote for one of the MSIA 2019 semi-finalists through a People’s Award, which was awarded to Jacob’s Brew with a €1,000 cash prize, as well as incubation at TAKEOFF at the University of Malta, and a ZAAR crowdfunding campaign.

Over the years, MSIA has awarded over €340,000 in grants, and much more in non-financial support, to 12 local initiatives that have impacted the lives of thousands of individuals in Malta. This year’s awards were sponsored by MSIA’s founding members, Inspirasia Foundation and the Gasan Foundation, as well as Betsson Group and Finductive. The non-financial sponsors include TAKEOFF at the University of Malta, PwC, Firstbridge, Vistage, WH Partners and Zaar. The event would not have been possible without the support of all the sponsors, including Airmalta, SIGMA, Level Up, KPMG, showshappening, Zack Ritchie and Studio 7.

This year, MSIA was organised by the Academy of Givers, a new initiative founded by the Gasan Foundation, Inspirasia Foundation and Nathan Farrugia, which brings together like-minded businesses and individuals wishing to improve philanthropic and corporate social responsibility efforts. The Academy provides a platform where members can understand social issues, discuss ideas and best practices, learn from each other, inspire and be inspired.

The Academy of Givers is now open for membership starting in January 2020, and applications for participation in the MSIA 2020 event will open in February.

When a door opens and closes