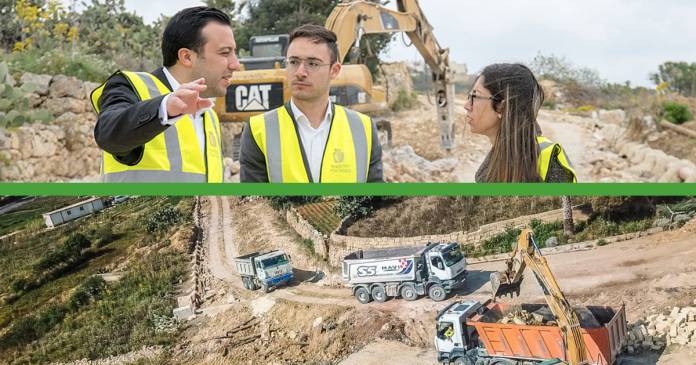 €8 million will be invested in Mġarr Road which has been closed off for a year and a half. The money will be used to reconstruct the road. Camilleri explained that in a month and a half all the necessary permits were issued, all the necessary plans and structural designs have been drawn up, further geological testing was done.

In a statement, the Minister was quoted saying that “finally the road was being given the deserved attention after being left in a disastrous state”.

Last April, then-Minister Justyne Caruana had said that the road was in that state due to lack of action in the past.

Minister Camilleri explained that the project includes the reconstruction of the road, rebuilding retaining and rubble walls, passing key services under the road surface and installing road safety features in the hope of reducing traffic accidents.

Works on Triq iż-Żewwieqa have been completed he said. The cost of the project amounted to €300,000.

St Francis Square to be opened in time for summer – Camilleri