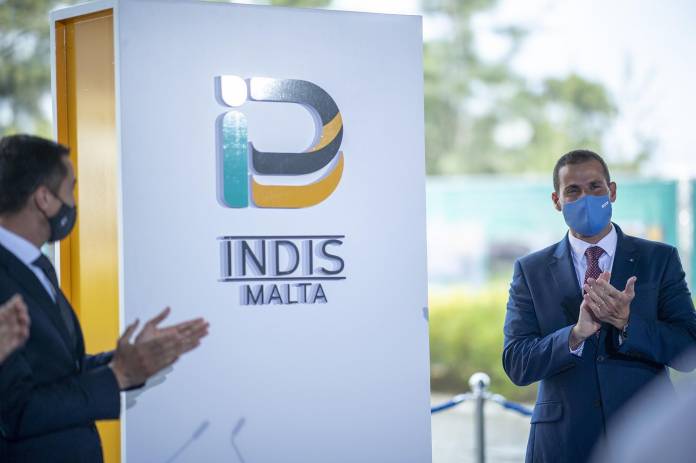 Details of a €470 million programme of investment in industrial infrastructure were formally unveiled by the government on Thursday.

The event also saw the rebranding of Malta Industrial Parks, which is now to be known as Industrial Innovative Solutions (INDIS).

The programme was, by a considerable margin, the largest initiative included in the so-called mini-budget last June, though it is to be spread out over 8 years.

The largest single expenditure, estimated at €101 million, will involve the extension of the Life Sciences Park in San Ġwann, with five additional blocks over 30,000sqm.

€51 million are to be spent on the rehabilitation of the former Luqa dump, which is set to be converted into a “semi-industrial and recreational area” including 85,000sqm of developable land. Construction waste within the dump is to be recycled as construction material.

€79.6 million is being allocated to the development of new industrial facilities in Ħal Far, including the creation of new plots, the creation of SME parks, a consolidated storage facility to free up various properties, as well as the construction of various roads to create additional plots.

The Kordin Business Centre is to be converted into a modern start-up facility spread over 10,000sqm through an expenditure of €14 million.

Taxiway Lima at the Malta International Airport will be receiving a €5 million upgrade to accommodate wide-body aircraft, new services and MRO facilities. An additional €5 million will be allocated to the construction of a car park at MIA Park 4 in Ħal Farruġ to accommodate neighbouring MRO facilities’ employees and enable further growth of aviation infrastructure.