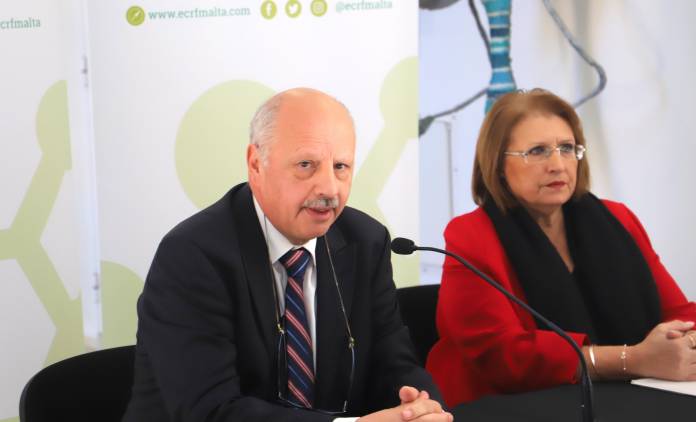 Cancer research in Malta is getting a fresh injection of €2.5 million over five years through grants from the Emanuele Cancer Research Foundation Malta.

The Foundation will be issuing a call for applications for cancer research grants and allocating €500,000 each year to support local and international academics working to help reduce the incidence of cancer, improve treatment and ameliorate patients’ quality of life.

This comes just months after another €2.5 million was invested in state-of-the-art cancer research equipment by the Foundation, which is a tripartite collaboration between the Malta Trust Foundation, the University of Malta and the Fondazione Terzo Pilastro–Internazionale.

A University spokesperson described the grant as an unparalleled opportunity, pointing out that while over the past eight years cancer research had received close to €1m, academics could now tap into half a million each year.

Foundation Chair Marie-Louise Coleiro Preca described this as a milestone and hoped the call would attract young researchers and scientists who were passionate about their potential to make a difference in the lives of every person touched by cancer.

“The vision of the Foundation is and will remain, to reduce the impact and burden of cancer on the people of Malta, the Mediterranean region and globally, through supporting and promoting excellent cancer research,” she said.

“It gives me great satisfaction to launch the call for applications. This is the moment that the three founding entities have been waiting for, ever since we began the initial deliberations to establish the Emanuele Cancer Research Foundation.”

At the moment there are 60 students, academics and doctors from Mater Dei Hospital, led by 10 principal investigators, working in cancer research at the University and these grants are open to local and foreign researchers working within Malta. This funding will give ongoing projects a welcome boost and enable them to accelerate their work, roll out trials, plan over a longer period, and create fresh opportunities for new research.

The funding will also provide researchers with a giant leap forward and position Malta on the map of cancer research, while attracting collaborators from the major laboratories  across the globe.

The applications received will be reviewed by a Reviewing Board made up  of established researchers hailing from renowned foreign institutions with whom the Foundation has signed a Memorandum of Understanding.

Professor Emmanuele Emanuele — Barone di Culcasi, president of Fondazione Terzo Pilastro–Internazionale, and co-founder of the cancer foundation —  said: “Today’s launch signals a new thrust for the Foundation’s fight against this terrible disease, which does not just affect just Malta and the Mediterranean, but the whole world.”

In fact, the Foundation is continuously seeking collaboration on a regional and global level, and has already attracted the attention of European and Chinese institutes of excellence in cancer research.

The foundation has a cutting-edge laboratory with the latest equipment, which it has based at the University of Malta. Fondazione Terzo Pilastro’s intervention was instrumental in securing the latest generation medical equipment for the laboratories.

The latest equipment allows the researchers to thoroughly investigate a wide range of fields, from multiple or single DNA fragments, detection of tumours, cancer biomarkers and much more.

The grants will be awarded to support fundamental or translational research including genetic, pharmacogenomic, proteomics, pharmaceutical, cellular and pre-clinical in vivo research into the causes, mechanisms, diagnosis, treatment or prevention of cancer. Applications can be found online on the Foundation’s website (ecrfmalta.com) or else by sending an email to info@ecrfmalta.com.

“Cancer touches us all, and it does not discriminate”