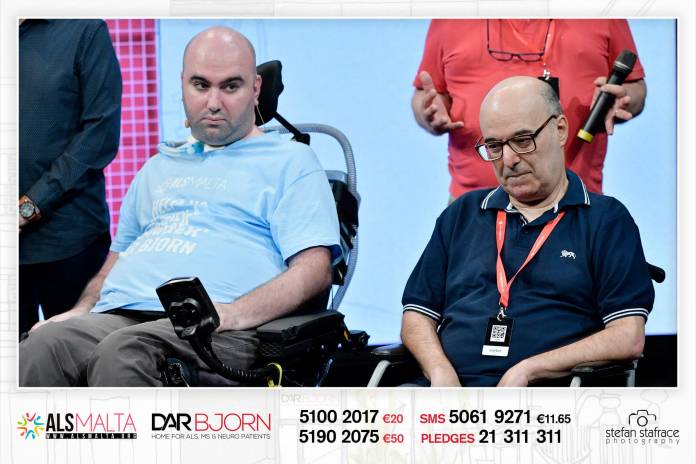 A fundraiser to raise funds to build the second care home for people with neurological conditions raised more than €1,000,000 on Sunday.

The fundraising marathon was held to help open a second Dar Bjorn for patients with ALS and neurological conditions.

The first Dar Bjorn, in Qormi, was inaugurated in 2017 on the initiative of Bjorn Formosa, who wanted a residential facility where patients with ALS and similar conditions could live and receive free medical care. But this house can only accommodate 13 patients, while the waiting list exceeded 50 people.

Now, ALS Malta is planning to open a bigger and newer facility in Żebbuġ, which will provide more specialized beds spread over 7 floors.

The cost of completing and opening the house amounts to €5 million, and so far more than €3 million has been raised.

No cure has been found for ALS so far, and Bjorn’s wish is to reach the opening of the second house that bears his name.