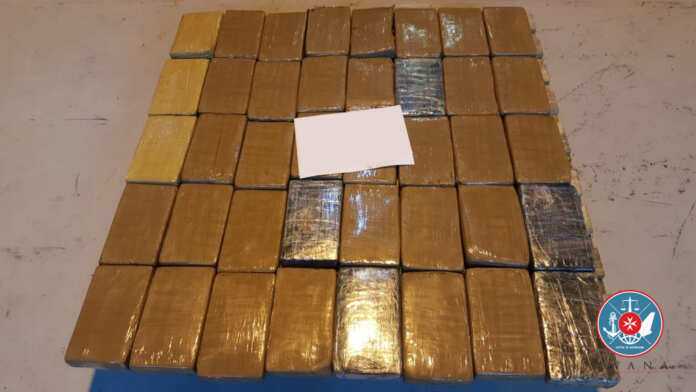 76 packets of cocaine weighing 91.25 kg were elevated with an estimated street value of €10.3 millions, Customs said on Monday.

The operation took place on Sunday and lasted more than 19 hours, when Customs Officials seized another 91.25 kg of cocaine from three containers at the Malta Freeport.

READ: Customs officials seize over €10m in cocaine at Freeport

In a statement Customs explained that the Customs Container Monitoring Unit selected several containers for scanning, during which irregularities were detected in three of the reefer containers. The scans pointed to narcotics hidden in the refrigerant compressor unit. The officials carried out a physical search which confirmed the preliminary suspicions.