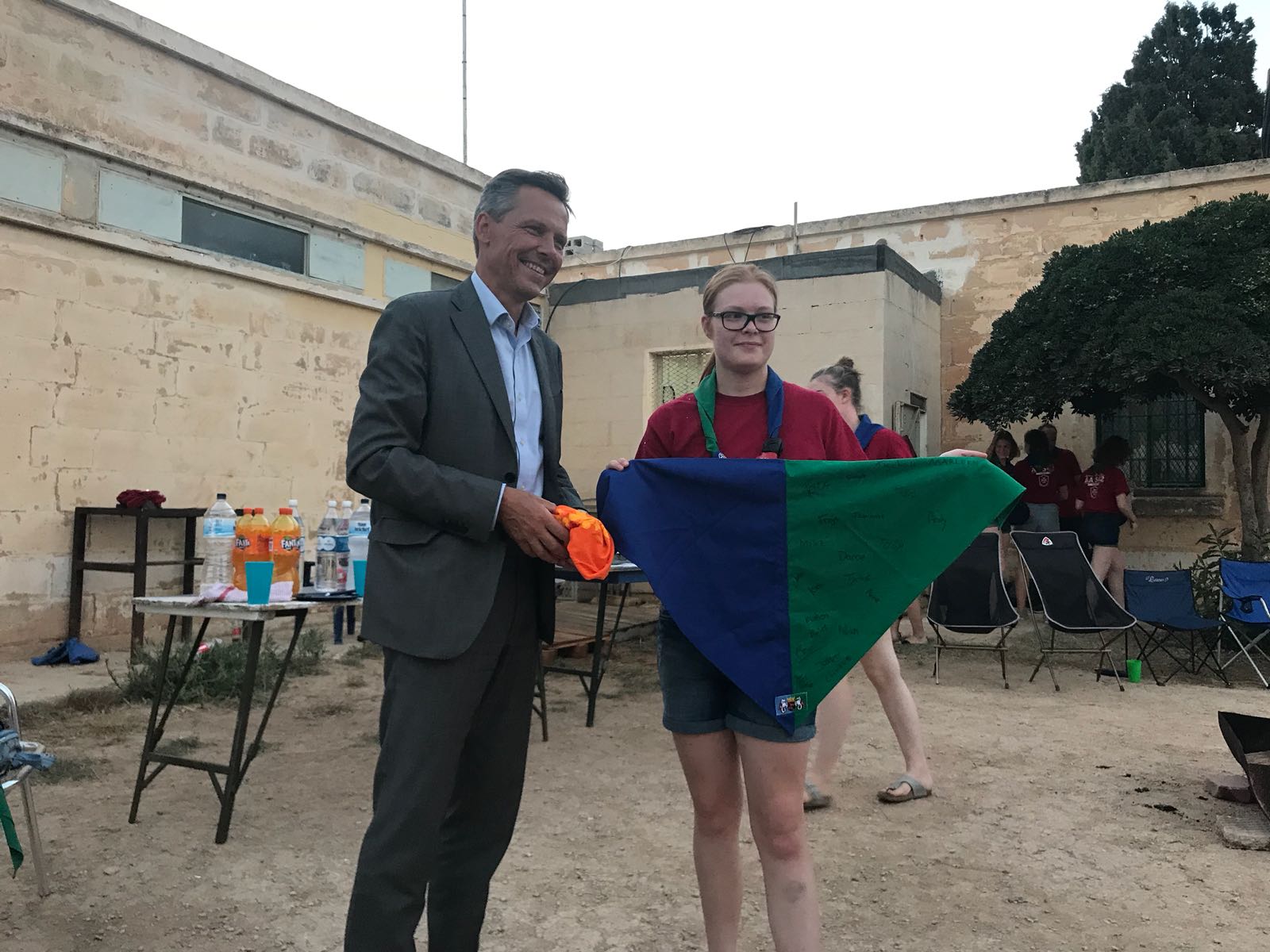 With the Ambassador as guest of honour, the 21 scouts and their leaders organised an evening of Dutch culinary tradition and games. The event was opened with the customary raising of the flag, followed by a welcome speech by scout leader and Malta’s Honorary Consul in the Netherlands, Mr Eric de Haan.