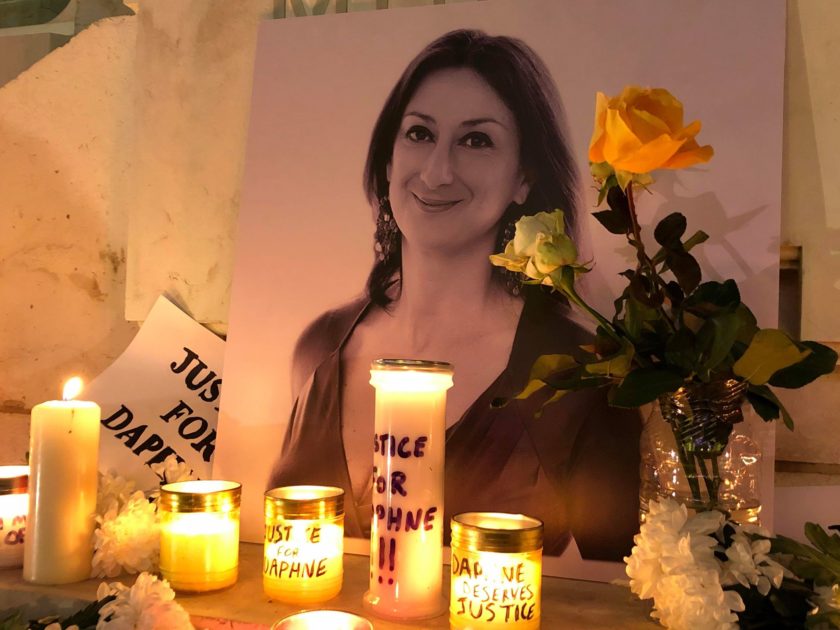 The Council of Europe Human Rights Commissioner Dunja Mijatovic has written to Prime Minister Joseph Muscat urging that any pending defamation suits against the family of slain journalist Daphne Caruana Galizia are dropped.

Mijatovic also urged the Maltese authorities to repeal the provisions which allow the passing of defamation cases to heirs saying that this puts journalists and their families at risk and has a chilling effect on investigative journalism in particular.

Mijatović observed that that the situation raises several issues of great concern not only to the Caruana Galizia family, but also to the protection of media freedom and, more broadly, to the rule of law in Malta.

‘Many were lodged by public officials including yourself…’

The Council of Europe Human Rights Commissioner observed that many of the civil suits were lodged by public officials including the prime minister himself. She added that it is not only perceived as an intimidation of the family but also raises questions regarding the Maltese authorities’ commitment to finding and bringing the masterminds to justice.

Prime Minister Joseph Muscat replied that he has already stated that he would be ready to drop the libel case if the Caruana Galizia. Muscat had taken he witness stand and asked the heirs of slain journalist Daphne Caruana Galizia to admit wrongdoing in an article that alleged his family owned the third offshore Panamanian company Egrant.

Muscat referred to the findings of the magisterial inquest into Egrant by Magistrate Aaron Bugeja, which did not find any evidence connecting the Prime Minister or any member of his family with Egrant. In the main conclusions published, the Magistrate had also said that by means of a rogatory leter, Jacqueline Alexander had declared that the signature on the declaration of trust does not belong to her. Alexander who was responsible for some 17,500 companies and worked for the notorious firm Mossack Fonesca, had her signature appear on the declaration of trust of the Egrant company, however she had declared that the signature on the trust was not hers.

The family reiterated that it will not concede to extortion by our public servant.

“Our position on not accepting blackmail will never change,” the Caruana Galizia family said.

Muscat told the Human Rights Commissioner that his government enacted the Media and Defamation Act following lengthy consultations both at local and international level, particularly with the OSCE.

He added that the issue of an action in libel continuing against the heirs of a deceased journalist who would have accepted the inheritance was not raised as an issue in the professional evaluations of the OSCE preceding the adoption of the legislative act.

According to the advice he has received, the abolition of a civil action without compensation upon the death of a defendant in libel would raise issues relating to the right to a fair trial among other things.

Muscat asked the office of the Commissioner to engage with the government to identify whether there is a common European approach on the matters which were raised in her letter.