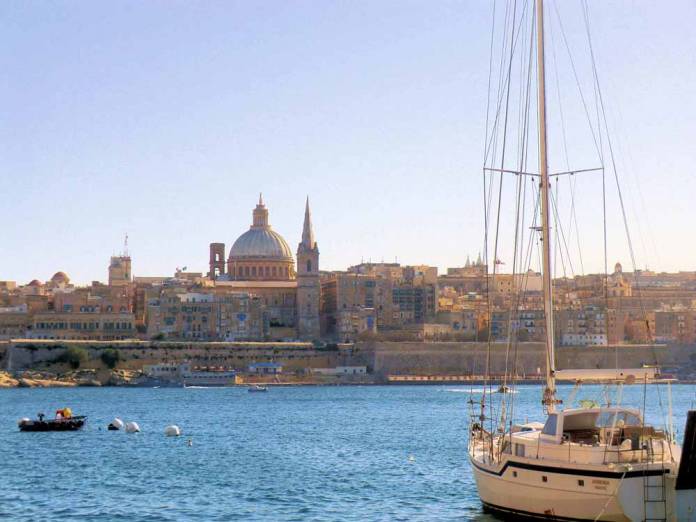 2019 ended on a rather chilly note as the air temperature dropped to the lowest minimum of 7.6˚C on the last two days of the year and hail pelted parts of the islands. However, December was generally warmer, sunnier and considerably drier than the climate norm.

In contrast, the year started with a wetter than average January, which produced 99.8 mm of precipitation. Having drenched the islands in 107.4 mm of November rain and contributed circa 19% of the year’s total rainfall, the eleventh month of the year was the wettest of 2019. Marked by a total absence of rain, on the other hand, June was the year’s driest month as well as one of six months in 2019 to produce rainfall levels that fell short of respective monthly quotas. 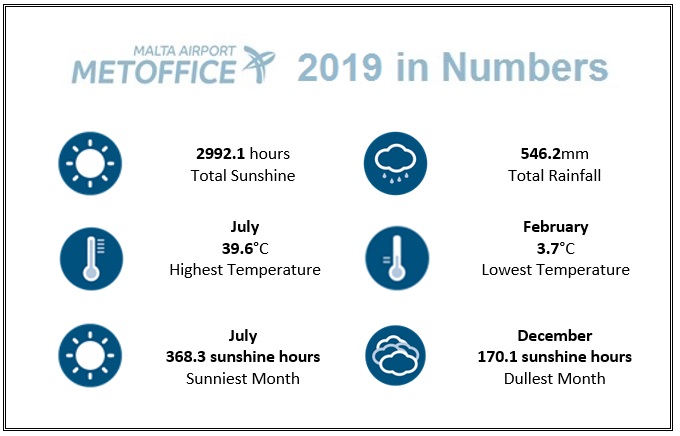 Registering the highest maximum air temperature of 37.8˚C amid the first heatwave of the meteorological summer, last June became the hottest one on record since 1923. Exactly a month later, as a second heatwave rippled across the island, the mercury rose even further to hit 39.6˚C and establish the 9th of July as the hottest day of the year.

The 23rd of February was the year’s coldest day, seeing the air temperature dip to a frigid 3.7˚C. A total of 47 thunderstorms were reported at the Meteorological Office throughout the year, with October taking the title of stormiest month of 2019 after having clocked up an above-average total of 11 thundery days.

In 2019, sunshine was certainly not in short supply, with the sun making an appearance for a full 2992.1 hours. July was the sunniest month of the year, during which the sun shone for just over 368 hours. Despite being the dullest month of 2019, December outshone the climatic norm by almost 14 hours, treating visitors and islanders to more sunshine than expected at this time of year.

Thunderstorms expected in the coming hours