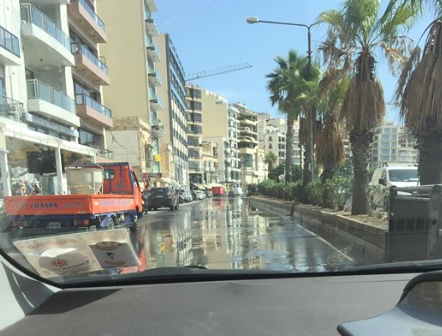 The Mayor was referring to a burst of sewage that temporarily covered the road and shoreline on September 12th.

When the sewage problems arose, the Council immediately contacted the Water Services Corporation in order to make the necessary repairs.

The Mayor explained that such eruptions do not happen often but there is a liability that with the increase in new residential homes and projected increases in the population, there will be problems that need to be addressed soon.

According to statistics published by the Government Gazette, the Maltese population has increased by 18.2%. This means there has been an increase of 76,117 more people compared to the 2011 census.