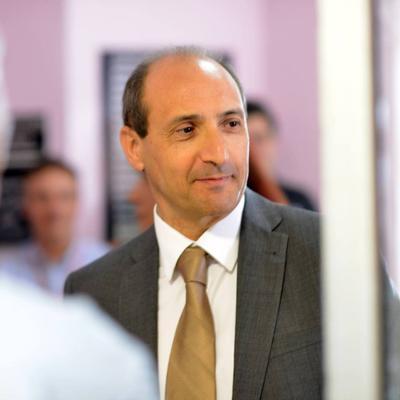 In spite of the fact the a spokesperson for the Deputy Prime Minister told Newsbook.com.mt that Neville Gafà has not been working for the Ministry for the last two years, a screenshot which were confirmed by this newsroom shows that he is still listen as an employee.

Earlier, the Opposition Leader Adrian Delia asked the Health Minister Chris Fearne to make a statement in Parliament after the Minister fired Neville Gafà. The latter is being investigated after, during a visit to Libya, he allegedly met a witness who was meant to testify against him in a case regarding the handing out of Medical Visas to Libyans.

Local media reports said that Gafà was employed as a Senior Manager within the Foundation for medical services until his contract was terminated by the Minister after his work wasn’t of par. However, the Prime Minister Joseph Muscat this morning said that Gafà was transferred somewhere else, describing him as a ‘valid’ individual.

In Parliament, the Health Minister said that he had no statement to make, and the Speaker stopped the Opposition leader from making any further remarks, since he was breaching Parliamentary procedure.

Would it be possible to confirm if:

1. Neville Gafà from the Foundation for Medical Services (FMS) was really fired?
2. Why was he fired?
3. Who will be taking his place?”

The Minister’s official spokesperson replied: “Mr Neville Gafà has not been working in the Health Ministry’s secretariat for over two years. The latest development was an administrative process to switch Mr Gafà’s contract from the FMS to another entity and is not related to any story in the media.”

Buttigieg also Tweeted about the case. 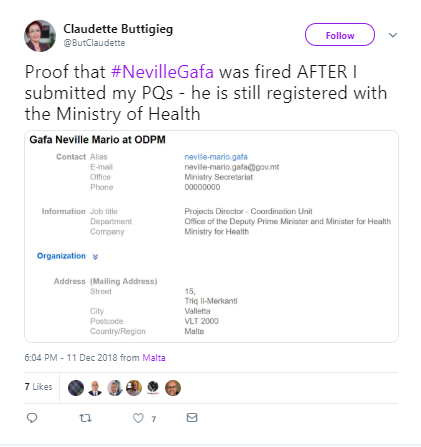