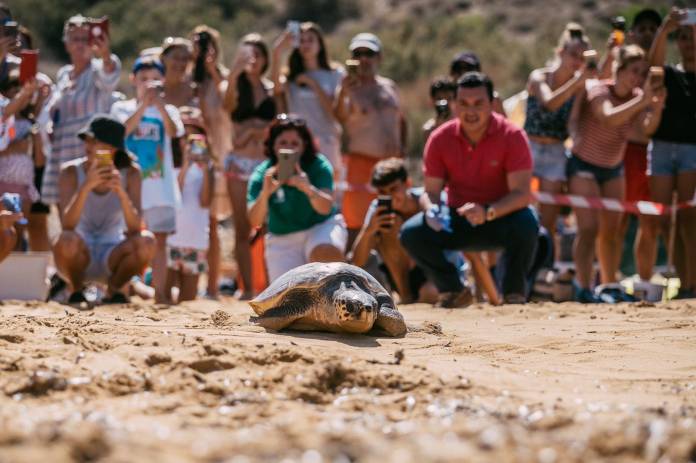 A loggerhead turtle named Dodo was released this morning at Riviera Bay, Għajn Tuffieha after being rehabilitated with the help of Nature Trust – FEE Malta and the Environment and Resources Authority (ERA).

During an educational event by Nature Trust Malta which included a beach clean-up with kids and the turtle release, Minister for the Environment, Climate Change and Planning Aaron Farrugia thanked all volunteers including the Majjistral Park rangers, as well as ERA for their important work in favour of marine and biodiversity protection.

Minister Farrugia explained that biodiversity is high on the EU agenda under the German Presidency at the moment and that the ministry is leading and promoting a number of initiatives in marine protection including new light pollution guidelines, and the Saving our Blue campaign aimed at minimising beach litter and single-use plastics.

ERA is engaged in an agreement with Nature Trust Malta to assist financially in the rescue and rehabilitation of injured fauna.

Nature Trust Malta President Vince Attard explained that Dodo was brought in injured by a fishing hook and was medicated for the past year. He said that currently, fishermen are reporting large number of loggerhead turtles and so Dodo has a good chance at joining other turtles in the Maltese waters.

Youth who ran over policeman is released