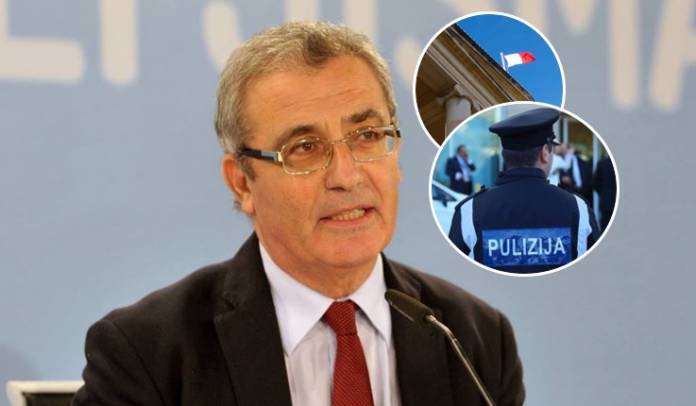 Following what can be called as the Longest Day in Maltese Politics, Minister Bartolo, once more, posted on Facebook.

“The police and the court have to do their duty otherwise justice will not be well served”, was the clear message given by the Minister who has been quite outspoken in the past few days. 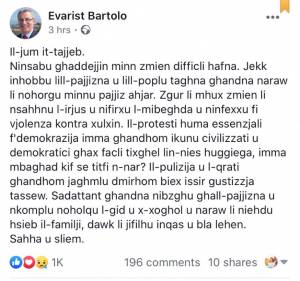 This is his second post in the last week when he made reference to a kindred subject. Last Sunday on a Facebook post the Minister for Education and Employment Evarist Bartolo said that Malta is currently at a crossroads. The Minister said that protecting criminals will only put Malta in a worse situation. It would be only if justice gets served without any prejudice, would the country stand in a better place. 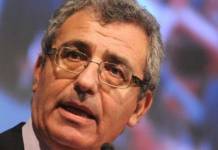 In Wednesday’s post Bartolo recognized that the country is passing through difficult times. He appealed for calm lest violence and hate are kindled. Protest demonstrations are legitimate but have to be in a civil manner, wrote the Minister.

PM pelted as he leaves parliament 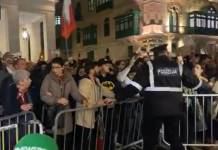 Earlier this week
Mizzi and Bartolo duel on Facebook 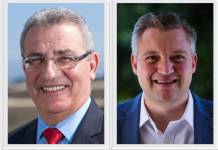