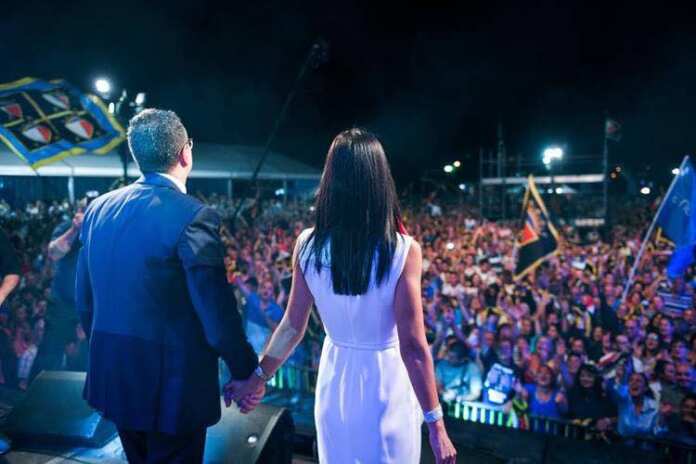 The Leader of the Nationalist Party (PN) Adrian Delia asked whether the party should stay on the bandwagon with which they lost by 40,000 votes.

He said this during the programme Iswed fuq l-Abjad on the PN’s television station, with reference to the allegations being made in terms of Egrant, which were central to the electoral campaign.

Delia also said that the PN cannot preach about the importance of abiding by the rule of law, and then ignore the conclusions drawn in the inquiry’s report, as concluded by Magistrate Aaron Bugeja. Delia described Bugeja as one of the best Magistrates in Malta.

About Minister Konrad Mizzi and the PM’s Chief of Staff, Delia said that in light of the evidence published so far, there is enough reason to push for their resignation.

Delia also referred to party officials that stood up for ex-PN Leader Simon Busuttil via social media.He said that some of them had not read the full reports.

He stressed that the PN must have high standards so as to be credible in the fight against corruption.

About the FIAU report published by Casa, Delia said that this wasn’t a finalised report. He went on to say that he is not advocating for the report’s accuracy.

During the programme, Delia said that it is useless to pursue issues when there is not enough proof – instead, he stressed that the PN stick with the truth so as to build up its credibility.

The PN said that “the inquiry concluded by Magistrate Aaron Bugeja about Egrant in no way liberate Keith Schembri and Konrad Mizzi, those closest to Prime Minister Joseph Muscat, who, as evidence has shown, owned secret companies Hearnville and Tillgate in Panama.”

The PN went on to say that “although it accepts the inquiry’s result as it believes in the institution of the Court, the party once again repeats that PM Joseph Muscat knows that he has political responsibility that he is not carrying.”