Journalist Matthew Caruana Galizia, son of slain journalist Daphne Caruana Galizia launched a public appeal, urging people not to attend any rallies organised by party leaders. He however urged the public to join the protest, underlining that the fight is against corruption.

‘Joseph Muscat wants us to go to war against each other,’ Caruana Galizia warned.

“Our war is against corruption, against his office, the Office of the Prime Murderer,” he stated, referring to Prime Minister Joseph Muscat.

A protest is scheduled for tonight in front of Parliament by rule of law NGO Repubblika and activist group Occupy Justice. In a blog post, journalist and blogger Manuel Delia explained that MPs have the power to remove the prime minister. ‘Joseph Muscat is an obstruction to justice,’ Delia stated. He reminded that it is the MPs duty to remove the prime minister, adding that the protest will serve as a reminder. 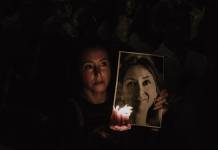 Prime Minister and Partit Laburista leader Joseph Muscat will address party supporters during a rally in Fgura on Sunday, while Partit Nazzjonalista called for a national protest, however details will be given out later.

The Partit Nazzjonalista said that a mass demonstration against corruption targetted for Sunday was being cancelled. The party statement said that this decison was taken in the national interest.

Tuesday evening, the PN leader and leader of the Opposition Adrian Delia said in parliament that the current situation is an unprecedented constitutional crisis. He added that this calls for natonal unity with the participation of all persons of good will. In the evening, Delia once more spoke to the President of the Republic.

Delia said that the national interest dictates that people of different beliefs and opinions participate freely in the democratic process so that Malta regains its credibility and stability.

Jesmond Saliba   July 10, 2020
People will no longer have to isolate for 14 days or provide an address where they are staying.