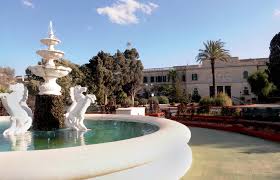 A report issued by the National Audit Office says there is currently certain tensions between the management and employees of the Monte Carmeli Hospital, a situation which is undermining the efficiency and effectiveness of the operation of the hospital.

The report continues by saying that mental health in Malta, is given a secondary priority compared to the rest of the local health sector.

While the NAO recognizes the promise announced recently by the Government to invest around €30 million to tackle structural problems within this hospital, these problems are only a portion of the challenges hindering the operation of Monte Carmel. So NAO asserts that if this capital investment is not accompanied by a review of its operation, as well as recurrent financial allocation, Mount Carmel will continue to face major challenges.

In addition to the severe lack of human resources, particularly in the ranks of nurses, the Auditor’s Office noted that there is a certain tension in relations between manegerial and hospital staff, a situation which is undermining the efficiency and effectiveness of the operation of the hospital.