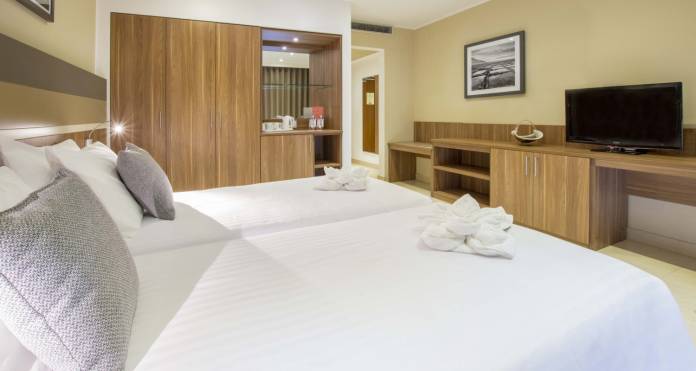 Several Gozitans who have been stranded in Malta due to the suspension of the ferry service between the two islands have been offered discounted hotel rooms.

Some of those stranded at Ċirkewwa have waited for over three hours, in the hope that the ferry service between the two islands would resume soon, Newsbook.com.mt is informed.

The Ministry for Gozo has stepped in to assist those stranded at Ċirkewwa by entering into an agreement with a number of hotels where those who cannot return home can spend the night.

In a Facebook post, Minister for Gozo Justyne Caruana listed a number of hotels with which the Ministry has reached an arrangement.

Gozitan patients can spend their night in a hotel too

Patients are being urged to present their medical appointment letter at the reception of DB Seabank Resort & Spa, Għadira or DB San Antonio & Spa, Qawra.

For Maltese stranded in Gozo…

For those Maltese who are stranded in Gozo, the Ministry for Gozo has reached an agreement with Manresa Retreat Home which is offering a bed for €20 per person. The price includes breakfast. One may call on 79492680.

Christoph Schwaiger   January 22, 2020
Education Minister Owen Bonnici terminated all the contracts of the person who altered the Wikipedia page of Pieter Omtzigt, the Council of Europe rapporteur on Daphne Caruana Galizia’s murder.

Amy Borg   January 23, 2020
The Ministry for Health has implemented a new cross-border eHealth service for Maltese citizens who travel to other European Union countries.