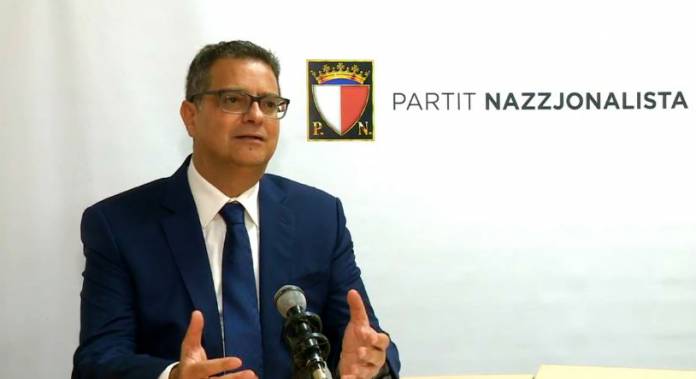 The Leader of Opposition Adrian Delia appealed for Government to take Malta’s interest into consideration and should, therefore, discard partisan politics.

The Nationalist Party leader Adrian Delia has issued a call to the Board of Governors of the Lands Authority to reject a government order to delegate their powers to the authority’s CEO James Piscopo.

In a statement, Delia noted that it is expected that the Board of Governors of the Lands Authority will decide on an order handed out by Parliamentary Secretary for Planning and the Property Market Chris Agius which will see a number of powers delegated from the board to one individual; CEO James Piscopo, who is also the former CEO of the Labour Party.

He added that the Opposition will be protecting and defending each Government who rises to defend the national interest and to make sure that decisions by the Lands Authority are not taken by one person in a partisan manner.

“Delia is not credible until he sacks Jason Azzopardi” – PL

Partit Laburista reacted to Delia’s comments by stating that he is not credible until he sacks Jason Azzopardi.

PL insisted that Delia did not even mention the HSBC Valletta branch scandal and the Lowenbrau deal.

According to Partit Laburista, the reform made in the Lands Authority ensures that these type of scandals do not happen again.”