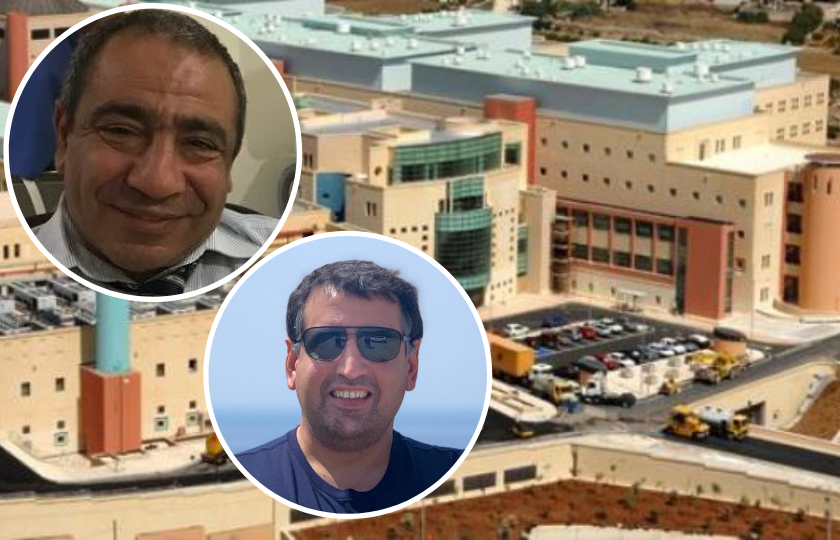 A Maltese doctor has filed a judicial protest after experiencing what he described as ‘humiliating and inhuman’ treatment while attending to a patient last July.

Obstetrics and gynaecology specialist Naged Megally told a court today that he was physically manhandled by his colleague Professor Yves Muscat Baron, during his examination of a patient in the Ultrasound Clinic. This is understood to have been done in full view of his patient.

Dr Megally’s claim is understood to have been dropped when investigated by an inquiry board at Mater Dei Hospital.

The specialist who suffers from muscular dystrophy, claims that Professor Baron had ‘immediately’ told him to vacate the room because his session had overrun and the medical equipment had to be used elsewhere.

When he complained, Dr Megally claims that he was physically removed from the room by Mater Dei’s CEO Ivan Falzon and placed in a chair outside. He was not helped to his wheelchair by porters.

Dr Megally told the court that the treatment he faced was ‘illegal and abusive.’

During the court session, Dr Megally’s lawyers explained that he had been threatened with being dismissed if he did not obey the orders handed down by Mater Dei’s CEO. Along with this, information which would muddy his name was also threatened to be published.

During an inquiry into the incident, the board involved considered that although Dr Baron’s actions had been ‘coarse and bristly,’ the incident had been caused by Dr Megally’s ‘heightened sensitivities’ connected to his disability.

The physical inquiry report had not been made available to the doctor despite countless requests for access to it. Dr Megally stressed his concerns about how impartial the inquiry had been.

The judicial protest subsequently requested access to the report along with remedy for the claims of abuse that Dr Megally experienced.

Monique Agius   January 23, 2020
Lawyers appearing for the boat operators argued that the concession was in breach of Maltese and European laws.

Jesmond Saliba   January 24, 2020
Britain is due to leave the bloc on Jan. 31 and a consent vote in the EU Parliament will take place on Jan 29.