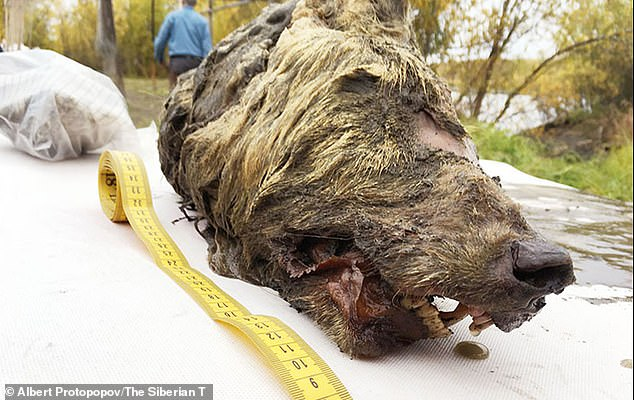 Archaeologists have unearthed the severed head of an Ice Age wolf which is almost double the size of wolves which currently populate the Russian region where the head was found. The severed head is, remarkably, quite intact, with fur and features still extant as well as the deadly teeth. The Siberian permafrost where it was found, was, according to the scientists, the main reason why this relic remained intact for over 40,000 years.

The head measures almost 16 inches and retains the deathly grimace of the decapitated wolf. According to scientists it is hardly likely that the wolf was decapitated as a trophy given that human settlement in Siberia happened about ten thousand years after the approximate date of this head. 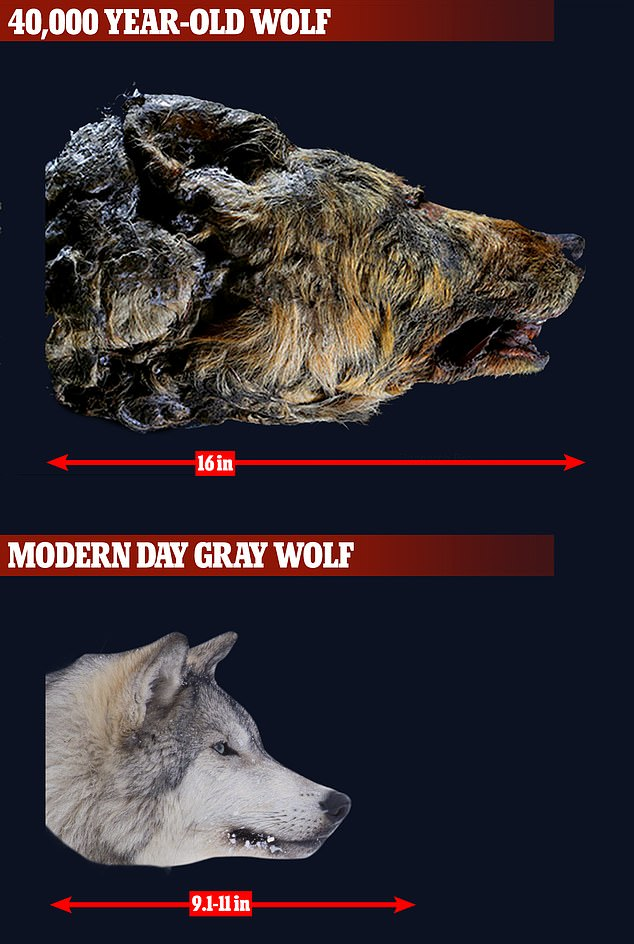 Russian scientist Dr Albert Protopopov said: ‘This is a unique discovery of the first-ever remains of a fully grown Pleistocene wolf with its tissue preserved. ‘We will be comparing it to modern-day wolves to understand how the species has evolved and to reconstruct its appearance.’

Naturally, Game of Thrones fans, will recognise this immediately as a direwolf!