In a statement, the Occupational Health & Safety Authority (OHSA) explained how the worker had fallen four storeys while cleaning concrete. He had not been wearing a safety harness. It was also found that the victim had never been trained in occupational health and safety and had been left on his own.

Magistrate Nadine Lia found the director guilty of several shortcomings including not safeguarding his employees’ safety. He failed in taking preventive measures to avoid physical damage, accidents or deaths at the place of work. The OHSA aided the prosecution.

He failed to take protective measures to avoid falls from heights and to ensure that work in high places should only be carried out with special equipment or with the use of collective protection equipment.

The OHSA added that the employer was also found guilty of not keeping the site clean and in a good state. 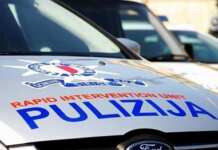