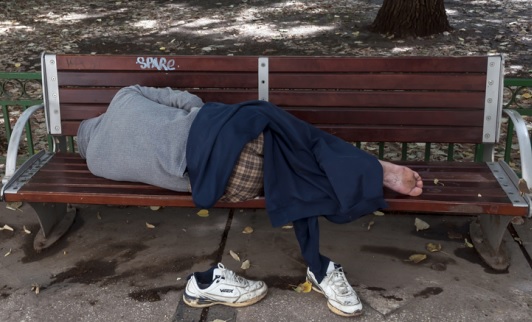 “I was going to celebrate Mass when from the corner of my eye I saw someone sleeping on the sacristy’s floor. I spoke to the man. He told me that he was a Hungarian living in Malta. He was homeless.”

This was the parting shot of one of the answers by Fr David Cilia, parish priest of the parish of St Paul in Valletta while being interviewed by Fr Joe Borg on Newsbook Hour on 103 Malta’s Heart. Fr Andrew Galea OFM Conv parish priest of Qawra was interviewed

The two men minister, in two very different parishes, have very different characters and backgrounds. They are united, however, as they have a similar ambition and mission: serving the people.

Back to Fr David recounting of the encounter with the man sleeping in the sacristy.

“I will now celebrate Mass, I told the Hungarian. ‘After Mass I will try to help you as much as I can.”

True to his word, after Mass, Fr David forgot about all his planned activities for the day to help the homeless Hungarian.

“Helping people in need is the first duty of the parish priest” he said.

Fr David added that this was just one example which showed that parish priests do not have a typical day.

“We have a sort of structure but more often than not one has to change one’s plans to take care of the needs of the people. We are there to serve people and not diaries or structures”, he said.

Fr Andrew parish priest of Qawra totally agrees. “Ministering for all those who need our help is our first and most important duty”, he told the interviewer.

While the character of the Valletta parish is the presence of old people, that of Qawra is the massive presence of different ethnic communities.

Fr Andrew says that in Qawra there is a very large community of Indians.

“One of the priests is Indian. Like the others, he is a Catholic of the Siro-Malabar rite, which is popular in the area of Kerala in India.”

It is said that Catholicism was introduced to India by St Thomas. Though this is not extensively documented one still notices today the use of liturgical music which predates the Portuguese that colonialized parts of India.

Fr Andrew speaks of the participation of the members of the Indian community in the liturgy.

“There devotion is a good example for all”, he said.

He mentions other communities and adds that the parish centre is visited even by non-Catholics.

“For a long time one of the helpers in the parish was a Muslim woman”, he said.

Though the parishes where Fr David and Fr Andrew work are very different there is one characteristic common: the increase in the number of people in need of material help.

Homelessness or the threat of homelessness is a problem faced by old people in Valletta. In Qawra, the parish has to help several who cannot make ends meet and are in the risk of poverty.