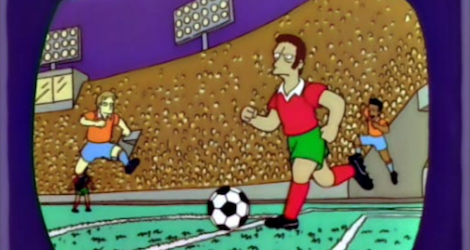 The series The Simpsons predicted FaceTime, Donald Trump and now even the final of the World Cup!

The followers of this series are worrying that the authors of The Simpsons are able to move in time.

As we move closer to the semi-finals of the World Cup, people are starting to predict which countries will reach the final. The Simpsons seem to have already had a clear idea of this when in 1997 they issued a series of matches between Mexico and Portugal, with the winner becoming the best nation on Earth.