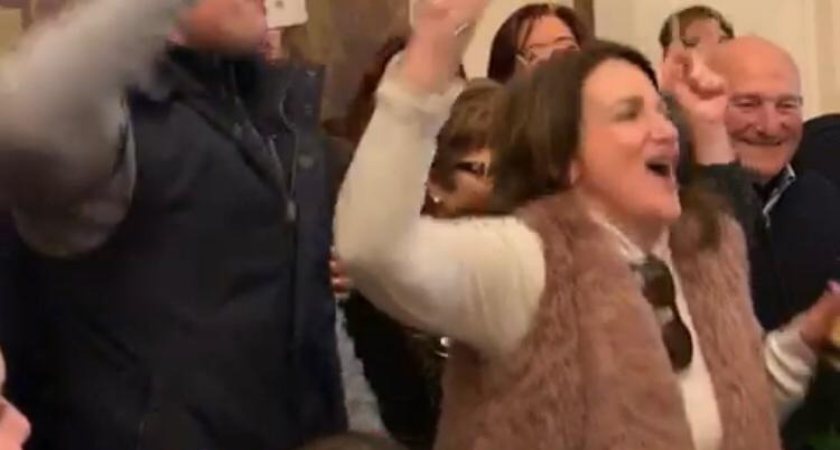 An investigation into whether the Prime Minister Joseph Muscat was breaching the ministerial code of ethics, finds no evidence.

In the concluding the investigation, the Standards Commissioner George Hyzler has said that the leaked footage showing the Prime Minister and his wife at a party in Girgenti Palance was not a breach of his responsibilties.

The investigation was carried out following a request by the independent MEP candidate Arnold Cassola when a video showing the PM and Mrs Muscat leaked in February.

Hyzler said that the Principal Permanent Secretary had outlined that the footage was taken at a ‘family event’ and it was not political in nature.

When questioned about the event, the Prime Minister had explained to the Commissioner that the incident in question was a celebration of his 45th birthday. He added that ‘no public funds were used’ during the event.

Cassola had also raised concern about the ‘donation of state property for use by a political party’ with a focus on financing laws for parties.

The PPS had told the Commissioner that this area of policy on state property is very vague.

When summing up his conclusions on the matter, the Commissioner explained that although Ministers had to maintain a high standard of behaviour, ‘There should be an objective basis for one to arrive at the conclusion that a minister’s behaviour in private was in breach of this obligation.’

Hyzler went on to explain that perception of taste don’t necessarily mean ‘a breach of the code of ethics… In my view, for one to celebrate, within the limits of decency and in their own home, cannot be considered behaviour that requires censoring.’

The Commissioner also adds that the PM was, ‘entitled to live in a state residence, it follows that, in addition to state functions, the person should have a right to organise private parties and events in that resident and to invite family and friends.’

Celebrating at an official resident was not therefore a breach of the code of minsterial ethics, the Commissioner added.

The Independent MEP Candidate disagreed strongly with the Commissioner’s findings saying that such action would only ‘encourage more arrogant politicians to continue abusing their positions of influence.’