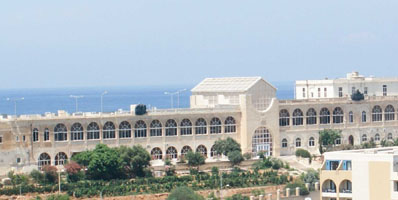 St Julian’s Local Council will not be represented on the planning board that will be determining the fate of the site which hosted for years the Institute for Tourism Studies (ITS). The chosen Local Council was Pembroke.

Newsbook.com.mt contacted St Julian’s Mayor Guido Dalli in order to shed light on why St Julian’s would not be on the planning board, after an earlier statement by Pembroke’s Mayor Dean Hili in which he declared that the council would be voting against.

Dalli explained that the Minister responsible for the Planning Authority chose Pembroke’s local council over St Julian’s to be represented on the deciding board. He said that the initial development application included only St Julian’s council, however it was later amended to include both St Julian’s and Pembroke.

Pembroke Mayor Dean Hili declared on Facebook that he would be voting against the project during the sitting scheduled for 20 September. The Planning Authority is set to approve the project despite the controversy and protests from residents, local councils and non-governmental organisations.

Mayor Guido Dalli explained how the project borders the two towns, with most of the construction works being on Pembroke’s site. He also reiterated that St Julian’s Local Council was against the project and would have voted against had it been the local council chosen to be on the Planning Authority Board.

Planning aid – who would be getting it?

Dalli also said that the Council has written to the Ian Borg’s Ministry in order to enquire about the some €1.5 million funds available as planning aid which were made available in order to mitigate the negative impact on the localities. Dalli remarked that funds available should be either divided between the two local councils or handed out pro-rata.

The site which hosted the Institute of Tourism Studies (ITS) was signed off in a €60 million deal for the transfer of land at St George’s Bay to the company owned by hotelier Silvio Debono of DB hotels. The Institute was then moved to Luqa on 9 July to make way for the project.

If approved on 20 September, the prime site at St George’s Bay would be turned into a city centre multi-use development which would include a 5 star hotel, 162 residences, commercial office space, a shopping mall and restaurants.

The project has come under fire from various quarters. The Church’s environment commission spokesperson Ronald Camilleri had remarked that the project did not respect the planning sytem and was not in the interest of the common good during a Newsline a radio programme on RTK led by Fr Joe Borg and Manuel Delia.

Residents, local councils, and non governmental organisations joined forces in a campaign dubbed “Don’t Bury Us Alive” (Tidfnuniex Ħajjin) which included protests, public meetings, as well as letter writing exercise to the members of parliament elected from the 9th and 10th district.

More than 4,000 objections were submitted with the Planning Authority against this project.

John Paul Cordina   August 6, 2020
The UĦM Voice of the Workers emphasised the need for a single, clear set of Covid-19 guidelines and proper enforcement as it discussed its concerns in a meeting with Health Minister Chris Fearne.