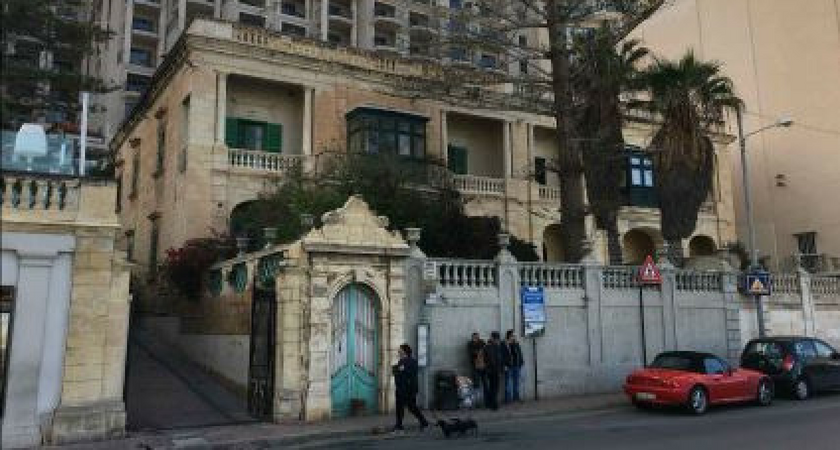 Villa Priuli’s fate would be soon sealed if the Planning Authority would approve the application permit which was published on the Authority’s website on 18 July. This was a week after the applicant, Hugo Chetcuti died as a result of injuries resulting from being stabbed in Paceville.

The application (PA/05791/18) sees the iconic 18th Century house in Ballutta Bay being turned into a Boutique Guesthouse. Villa Priuli is overshadowed by Le Meridien Hotel and a scheduled building at Grade 2 meaning high cultural value assessment and which is usually reserved for modern buildings.

Local newspapers had reported that back in January, Chetcuti had signed a €5 million promise of sale for the Villa. He eventually bought it later. Chectuti had announced his plans in a Facebook post. MaltaToday had later reported that Chetcuti was planning a €5 million bond issue in April. The application was received by the Planning Authority on 3 May 2018.

Dutch property entrepreneurs sought investors to turn the house into a boutique residence and hotel. On the company’s website, Devink Estates state that they fell in love with Malta on their first visit to the island and saw potential in it, back in 2016. They also stated that their plan for the house would be “top-quality suites with personalised service suitable for upscale leisure tourism” and would include a cocktail bar. A call for investors was issued at the time.

Jesmond Saliba   February 28, 2020
The Vatican did not specify what the pope was suffering from.

February 29, 2020
We use cookies to ensure that we give you the best experience on our website. If you continue to use this site we will assume that you are happy with it.OkCookies Policy