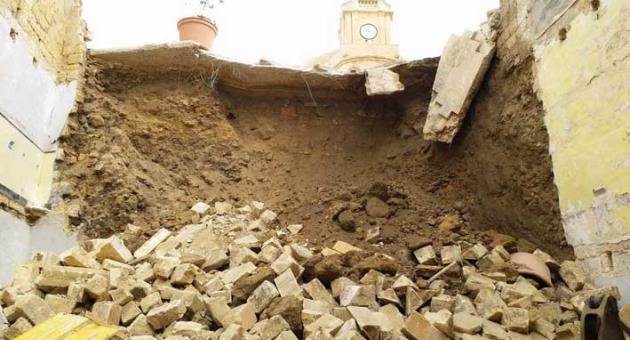 Għaqda Flimkien Għal Ambjent Aħjar (FAA) said that the haphazard development under successive governments is on the increase on the island of Gozo and will soon reduce the island to anther Malta thanks to over-development, destruction of heritage and lack of enforcement.

This was communicated through a press release. The FAA said that ​increased building heights have created huge blank party walls in Xewkija and Xaghra, and engulfed Marsalforn’s beautiful church, reducing the village to another Buġibba.

They also added that the Planning Authority issued permits for the building of a Lidl supermarket and other commercial sites in Xewkija Valley and watercourse, which is an Eco-Gozo site. They have also ignored repeated reports of abuse and issued development permits that violate the PA’s own regulations in Għajnsielem.

FAA continued by touching on the destruction of trees, some of which ordered by the Ministry of Gozo, that have stripped the seafronts of Marsalforn and Xlendi of their charm.

The NGO also stated that in spite of the best efforts of Gozo NGO Wirt Għawdex, permits granted by the Planning Authority, last year resulted in the collapse of the outer wall of the ditch of the Cittadella, a proposed UNESCO Heritage Site.

Astrid Vella, who is an FAA spokesperson, contends that the Planning Authority’s claim that it “had not received any complaints​”​ related to the​ latest​​ batching plant​ case​,​​ is a crushing indictment of the  Planning Authority’s lack of commitment to reverse abuse in the interests of Gozo’s public health, heritage and the future of Gozo’s tourism.

The FAA feels that all this abuse will continue until Governments show real determination to stamp out abuse, rather than encourage it.  They believe that measures could include heavy fines pegged at the net worth of the company as in Scandinavia. Cases of abuse should be disqualified from any form of sanctioning and disciplinary action should be taken against PA officials failing to act upon reports.  ‘Three strikes and out’ point systems should be introduced to disqualify repeatedly abusive developers from applying for permits and reward honest ones.