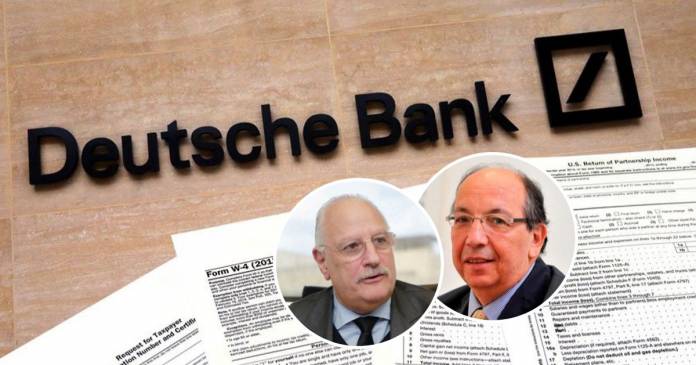 The former Governor of the Central Bank of Malta and a foremost economist expressed concern at the news that Deutsche Bank will terminate its operations in Malta, linking this exit to the risk of staying.

The former Governor of the Central Bank, Francis J. Vassallo said that this news is, ‘very serious’ and attributed this decision to the current rapid decline in the reputation of the Maltese financial sector. The Director of MISCO, economist Lawrence Zammit, said that it is likely the bank didn’t want to take the risk in such a small country.

Earlier today, the Times of Malta reported that the bank will stop its banking services as a correspondent bank in all currencies, at the end of December.

DB had come under fire after it was revealed that the bank had been involved in less than savoury money dealings carried out through its correspondent banking services. Since February, its operations in this area had been reduced.

In a short interview, Vassallo said that there are risks that are not being addressed. He explained this was linked to the ineffectiveness of the Malta Financial Services Authority (MFSA) and the government agency against Money Laundering, the Financial Intelligence and Analysis Unit (FIAU). Vassallo stressed that the Council of Europe’s MONEYVAL report exposed serious problems in Malta’s banking system.

The expressed the opinion that the MONEYVAL report showed that “there is no longer that gravitas was before in this sensitive sector when Deutsche Bank had originally set up its services in Malta.

Although we are talking about the scandal, nothing is being done to correct the problems, Vassallo concluded.

Francis Vassallo had blunt words against Malta’s authorities. He said that “…it seems that many people turn a blind eye to all the negative reports accusing them of negligence.”  Vassallo added that action was conspicuously absent.

Vassallo added that the correspondent banks are very important in Malta’s financial services industry as they are making regular international transactions in US dollars. He said that   the correspondent banks could close in Malta unless there are improvements in financial services. This would mean that Malta could neither import nor export in dollars or currency other than the Euro.  Vassallo said that this was not the first bank to withdraw from Malta, citing the case of the ING Bank.

Malta on the brink of being blacklisted – fraud specialists

‘Risk linked to the small size of Malta’ – Lawrence Zammit

Lawrence Zammit specified that Deutsche Banks’ decision must be related to Malta’s small size. Zammit explained how Malta does not provide sufficient activity to justify the risk of continuing process these types of transactions.

He went on to explain that contrary to other countries which have greater financial sectors compared to Malta so the bank can justify the risk through increased profits.

What is a correspondent bank?

Correspondent banks are banks that offer transactions in dollars and other currencies on behalf of local banks.

When a Maltese importer buys goods from America or other countries, they will generally pay in dollars. Due to Malta using the Euro, the importer will use a local bank to convert money from Euros to, say, US dollars. Local banks will use ‘correspondent banks’ in order to make the transactions in US dollars.

If a bank like Deutsche Bank ceased operations in Malta, such transactions will stop.

John Paul Cordina   August 6, 2020
The UĦM Voice of the Workers emphasised the need for a single, clear set of Covid-19 guidelines and proper enforcement as it discussed its concerns in a meeting with Health Minister Chris Fearne.