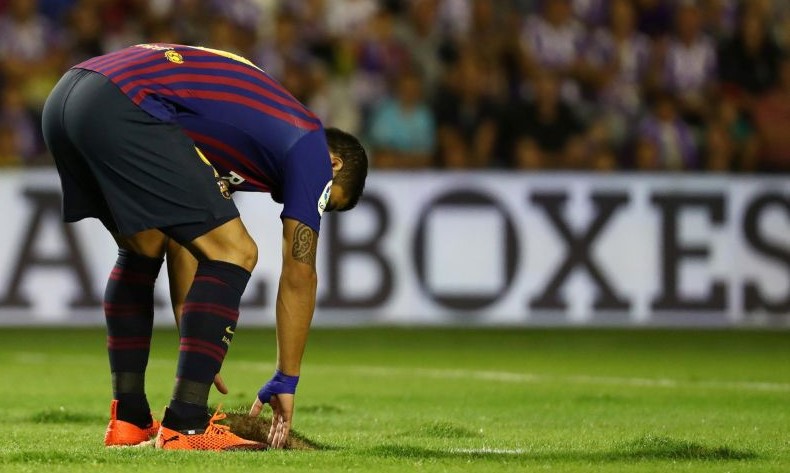 Barcelona made it two victories from two as Ernesto Valverde’s side struggled to beat Real Valladolid. The Spanish coach was left fuming with the state of Real Valladolid’s pitch as numerous players tried to flatten out loose turf.

Ousmane Dembele scored the winner in the second half after Sergi Roberto had done well to keep the ball from going out for a goal kick. Newly promoted Real Valladolid thought that they had managed to find an equalizer only for Keko’s diving header to be ruled out for offside after a VAR review.

Meanwhile La Liga president Javier Tebas confirmed that Real Valladolid are likely to face disciplinary actions for the state of their pitch.