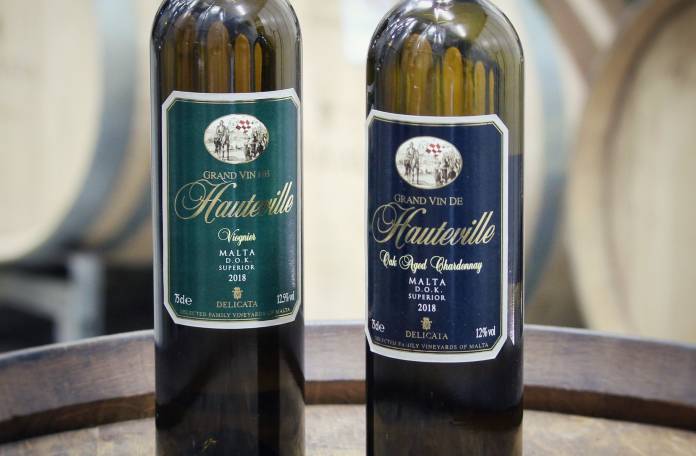 During the first round of the recently held Challenge International du Vin in Bourg by Bordeaux, which is the largest wine competition in France, Delicata’s 2018 Grand Vin de Hauteville Viognier DOK Malta Superior amassed a silver award for its outstanding overall qualities.

Delicata’s Viognier is a tightly knit, well-structured dry white wine with a delicate floral nose. The wine walks a tight rope: it’s extremely well-balanced. In fact, this rich and ripe Viognier is all blossom-scented with opulent exotic peach fruit in the finish.

Earlier this year, Delicata also bagged a silver medal for the 2018 oak-aged Grand Vin de Hauteville Chardonnay DOK Malta Superior in the Chardonnay du Monde competition at Saint Lager in the Burgundy wine region of France, which is the heartland of the Chardonnay grape variety.

Over the years, the Delicata Winery has taken an impactful lead with consistently high-scoring premium Maltese wines and signature labels that have gained recognition as sought-after wine gems of the Mediterranean.

Winery director Mario Delicata said: “Of course we’re invigorated by the latest silver trophies in France. But all of us at Delicata are also grateful for the goodwill around us in Malta, where many voices speak up in favour of buying local so as to support our community. As a Maltese winemaker, we’re thankful for that upsurge in solidarity. It encourages us to keep on making wines from Malta of world excellence.”

More information may be obtained here.