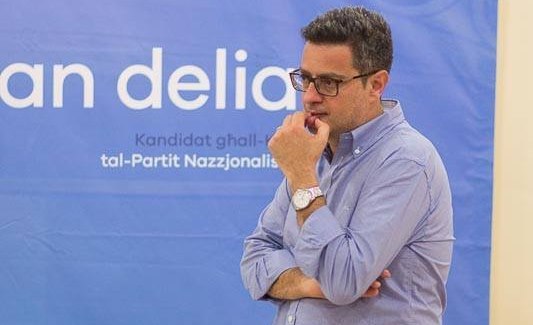 Partit Nazzjonalista (PN) leader Adrian Delia will be addressing a meeting with PN members in Gozo on Friday. This meeting will take place in a moment in time where a number of PN MPs are waiting for Delia to decide whether he will be resigning or not from the leadership of the party.

Newsbook.com.mt is informed that Gozitan PN members have received a message that is urging them to attend the meeting on Friday at the party’s club in Ta’ Sannat.

The PN parliamentary group had met both on Monday and Tuesday and sources have referred to Newsbook.com.mt that during the meetings the majority of MPs have asked Adrian Delia and the rest of the leadership team to assume political responsibility for the loss suffered during teh European Parliament and Local Councils election of May 2019, and are expecting the issue to be solved by the end of the week.

In a comment to Newsbook.com.mt, the leader of the PN Adrian Delia said that his role as leader of the party is to listen to everyone, MPs, members, and the electorate. He also added “my role as a leader allows me to also make decisions.” Contrary to what Newsbook.com.mt sources referred, Delia stated that the meeting was not an animated one.

The Gozitans wanted a meeting with Delia right after the PN Executive Committee had voted for Jean Pierre Debono to take over the vacancy that the 13th District candidate and MP David Stellini had left in Parliament.

The PN political coordinator Jean Pierre Debono ended up not forfeiting the position after much protest. Kevin Cutajar who had also contested the General Elections as a PN candidate in the 13th District list, is now in Stellini’s place as MP.