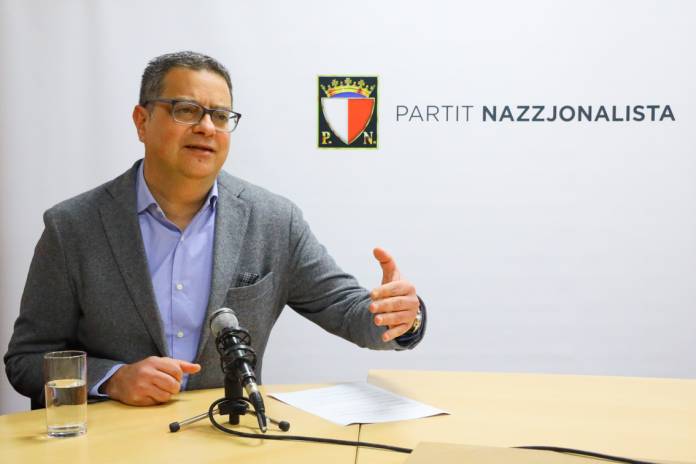 Partit Nazzjonalista has published a list of its new shadow cabinet.

The new shadow cabinet consist of:

Opposition leader and Partit Nazzjonalista leader Adrian Delia will announce a reshuffle in the shadow cabinet and will possibly change portfolios of Opposition spokespeople.

This was announced during an interview on Partit Nazzjonalista’s rado station during which he analysed the government’s measures vis-a-vis a number of sectors amid the coronavirus outbreak in Malta. Delia argued that Prime Minister Robert Abela was being reactive in the current situation.

Speaking about the reshuffle, Delia said that the new shadow cabinet will be focusing on the environment, local governance and digital skills. He maintained that the Opposition is no longer reactive but has become proactive. He thanked all those who have come together to work on the party’s reform.

The Opposition Leader warned the business communities to not take advantage of those who are in a vulnerable position. This is a time to help each other other, he argued. He explained that the current climate has traumatized the population and is leading to an increase in anxiety and depression.

Delia said that the Hungarian Prime Minister Viktor Orban is steadily dismantling his country’s democracy after the Hungarian parliament voted and gave him a mandate to rule by decree, with no expiration data and a negligible oversight. Delia has written to the EPP president urging a special committee to discuss the ongoing situation.