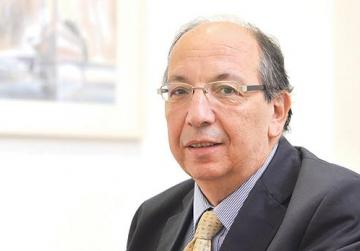 Lawrence Zammit, Director of MISCO said that PN leader Adrian Delia should resign given that the defeat at the polls was so massive. He said that the basic issue which came out of the MEP results so far is: Where is the PN going? Analysing the result on a Special Live program on Newsbook.com.mt, Zammit rubbished the claims that the party needs fine tuning but needs a radical overhaul. “There is an issue of vision. There is an issue of personalities. If the PN does not carry out a radical, honest and meaningful stocktake, the party will not only be short changing its voters, it will also be torpedoing the country” said Zammit.

A vote of confidence – Yea or Nay?

Referring to the 1996 defeat at the polls of PN icon Eddie Fenech Adami, Zammit pointed out that he had gone to the party structures to ask for a vote of confidence. “This was when the gap between the parties was about 7,000 votes. This time it is seven times that” observed Zammit. He criticised Delia for saying that he does not need a vote of confidence and said that the PN leader was further mistaken in thinking that he could carry on as if nothing had happened. “This is not a question of studies. This is a result which shows that he does not have the respect and backing of the Maltese electorate. If he stays, I fear the PN will keep getting these results” Said Zammit, emphasising further that Delia should resign. He said that the major parties know exactly who voted and who didn’t and there should no be any dilly dallying about

A party in regression

The percentage obtained by the PN in these elections, said Zammit shows regression and that party needs to strive to remain a relevant opposition. He added that the PL victory too carried the dangers of megalomania, something the Prime Minister seems to be aware of and warned against. The votes given to the far-rightist Imperium Europa, said Zammit carried within them an element of protest and while this became the ‘Third largest party’, this was more of a ‘show’ than a party. Zammit said that the Alternattiva Demokratika imploded with the departure of Arnold Cassola.

Referring to the showing of Partit Demokratiku, Lawrence Zammit said that the candidate Cami Applegren was set to get about double the votes of Godfrey Farrugia. This he said was interesting since it indicates that that candidate may have tapped into an electoral need as yet unrecognised.

Maria Webb   August 14, 2020
The European Commission (EC) has reached a first agreement to purchase a potential vaccine against COVID-19.