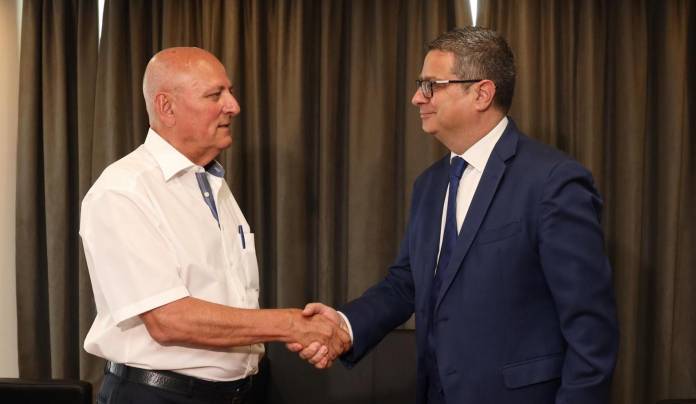 A meeting held at former PN MP and party veteran Louis Galea’s house was discussed before with Partit Nazzjonalista leader Adrian Delia in the morning, before it was held on Saturday evening.

Present for the meeting were Nationalist MP Karol Aquilina, PN Executive Committee President Alex Perici Calascione and his predecessor Mark Anthony Sammut. All three asked for a meeting with Galea who was entrusted with the party reform by Delia to voice their concerns about the current internal leadership turmoil and Galea’s proposals.

The PN stalwart said that during the meeting he insisted on the need to reunite the party so that it could once again return to its work and serve the country.

Embattled PN leader Adrian Delia was informed about the meeting taking place. During the day, Galea held a meeting with Delia during which they discussed the same themes.

Speaking during a radio interview on NET FM, Delia said that he met Galea before the interview and will be doing so even after the radio show.

Galea’s statement came after he got to know that Partit Laburista’s media ONE news announced that it would “reveal maneuvers against Adrian Delia”.

Galea concluded by saying that he continues to work with the aim that party regenerates itself and unites immediately. He said that he was doing so in the open.

“The maneuvers ONE is hinting at, are a figment of their imagination. They intend on harming Partit Nazzjonalista,” Perici Calascione said.

He explained that he has held various meetings with all those who have requested such meetings.

“My sole intention is to find good and reasonable solutions and to see the party strengthened,” he wrote.

He noted that such meetings became more important in the context of the current turmoil. The PN Executive Committee President explained that the meeting held this evening, was convened upon his request. This was not the first meeting that was held with Galea, with Perici Calascione adding that it would definitely not be the last one.

“All of us remain committed to seeing the party reformed, strengthened and transformed into an alternative government for this country,” Perici Calascione said.