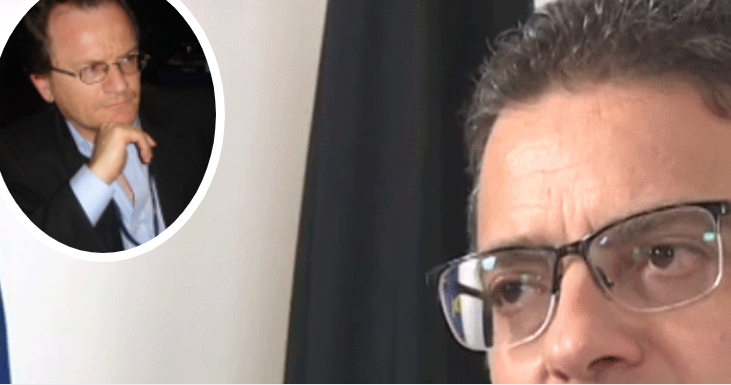 “In my opinion, in the Malta I know, I feel that Dr Adrian Delia as a leader of a party, has no future if by future we understand the chance to win an election” was the bleak prognosis of anthropologist and political observer Ranier Fsadni at the end of his interview on RTK’s Follow Up on Monday.

“That opportunity is long gone” added Fsadni. He recalled that Delia was elected to the post because he was raising issues which were not being tackled by other aspirants to the post and also, obtained the votes as he appeared more electable than the other leadership race participants. That edge, Fsadni considers, seems now to have disappeared.

Delia should not resign – commentators

At the beginning of the programme Fsadni was confronted by the comments made in the Sunday Times of Malta the day before. Prof Dominic Fenech, former editor of the Sunday Times, Laurence Grech and Dr George Zammit Vital said that  Dr Adrian Delia should not resign. Grech said that he believes that Dr Delia should not be expected to resign on the strength of unproven stories. Fenech said that Delia should not resign on the basis of snippets of family life that have been evidently leaked with a purpose. Zammit was of the opinion that ‘no one is strong enough to pick up the reins’.

In a piercing analysis, Fsadni distinguished between three aspects: first what actually happened, second whether Delia can handle it, and thirdly how people are perceiving it. He noted that the videos are as yet uncontextualized, unproven and mere allegation and it is up to the Courts to prove whether they are true or not. He added that it could be that Delia can handle what is happening. But these video are harming Delia as they are forming – justifiably or unjustifiable – a breeding ground of opinion on his character and how he operates under pressure. The circulated material may make it difficult for Delia to do his work, observed Fsadni, not because he, personally, would not be able to handle the personal aspect, but, because it may inhibit people from working with him.

But Delia said that these videos were edited and manipulated?

“Irrespective of whether the video was edited, it was a snapshot of how Delia reacted under serious pressure. In people’s minds, the argument will not simply be whether this was a real, fake or edited video, but, more importantly, that this shows how Delia reacts under serious pressure. The question will then arise naturally: Do you want someone who reacts like that as Prime Minister, since a Prime Minister works under similar pressure all the time?” said Fsadni.

It could be, added Fsadni, that although many may identify with Delia, having been in similar situations, they may still be unsettled by the behaviour.

Wrongs on both sides

Fsadni said that the discussion on the social media has deteriorated to the ‘for Delia’ and ‘against Delia’ and the huge grey area in the middle, so much in need for discussion, is ignored. “This is not a question of one side is right and one side is wrong but a case where wrong is on both sides” observed Fsadni.

Fsadni said that a large party has its own procedures and structures and the discussion on this matter must take place in a serene and objective manner. This is important so that the Party can also show that it has an opinion on what is happening.