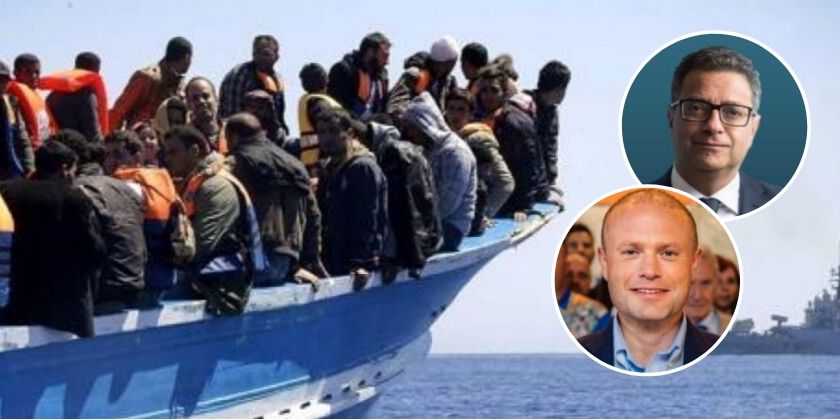 Opposition and Partit Nazzjonalista (PN) Leader Adrian Delia has made an appeal to the Prime Minister Joseph Muscat for the migrants waiting in the middle of the Mediterranean Sea to be allowed to disembark in Malta, and then get transferred to other EU member states.

Delia made this request on Facebook as the Leader of the Opposition. He urged the Prime Minister to help the migrants, notwithstanding the fact that Malta is a small nation.

The Leader of the Opposition acknowledged the fact that the burden of an increase in population will be of a burden to Malta. However, he added that the current situation where migrants are used for political purposes is nothing short of inhumane. He elaborated that these migrants are being left under the scorching sun whilst the Maltese population is enjoying the summer holidays.

Delia continued saying that as a leader he has the moral obligation to be the voice of the vulnerable. He urged the government to stop this shameful situation and provide shelter for these desperate persons hailing from the African continent.

The Leader of the Opposition said that they (the Opposition) are willing to help the government to plead its case for the transfer of migrants to larger EU member states.

He ended his Facebook post saying that Malta might be a small country, but it has a big heart. He added what we should be providing an example to other countries that human life take priority over anything else.

On board the Open Arms

On the 1st August, the crew of the MV Open Arms had saved 124 souls from the middle of the sea. Nine-month-old twins were among the persons saved. The same vessel saved an additional 39 individuals on the night between the 2nd and the 3rd August in a coordinated effort with the Armed Forces of Malta.

From the 163 people on board the Open Arms, a man was transported to Italy whilst two women and their families were transferred to Malta for medical attention.

Migrants stay on board Open Arms as Malta refuses disembarkation